From counter-cultural statement to accepted content-marketing technique, culture jamming is almost everywhere in the digital age. Which could be the death of it… 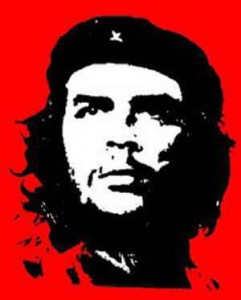 Chances are that at some stage you’ve spotted someone wearing a T-shirt with this now iconic image of Che Guevara’s face on it. Did we say iconic? Sorry, we meant ironic.

Like so many things that start out as counter-cultural statements, Seńor G’s image has been commoditised and mass-produced to a point where not only is its original meaning unrecognisable, but it has even come to represent the exact opposite of what it once did.

Another concept that has gone the way of Che is culture jamming. A phrase coined in the 1980s, the practice was once the utmost in sublime social commentary, the anti-advertisement that flew in the face of the corporate world.

Almost as soon as it came into the public consciousness, however, it was appropriated by the very institutions it sought to challenge. Today, the battle continues in the digital age to separate the fraudsters and the money-grabbers from those with a genuine message to deliver.

What is culture jamming?

In essence, culture jamming is the act of subverting mainstream media, political or advertising agendas to promote a (usually) anti-consumerism message. More than simple parody, it involves taking the elements of a popular advertisement or media statement and using them to highlight its hypocrisy, or to twist the message in order to make a social comment. Like this… 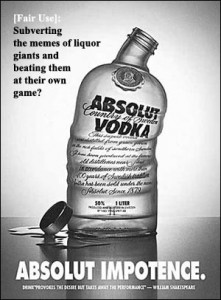 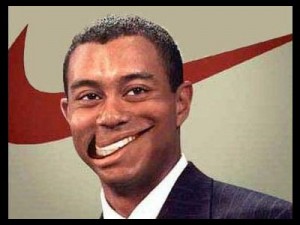 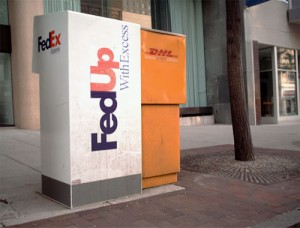 So how did the whole culture jamming trend begin? Subversion and opposition to corporate brainwashing aren’t exactly new concepts. After all, Michelangelo was painted the visages of his oppressive patrons as the faces of the damned in the Sistine Chapel in the 1500s – surely one of the first documented acts of culture jamming.

Key players in more recent times include the Billboard Liberation Front (BLF), with hundreds of culture jamming efforts including its now famous twisting of the Max Factor billboard in 1977, and more recently, it’s add-on line to an American Red Cross billboard in the aftermath of Hurricane Katrina.

In 1984, Negativland put out a cassette-only release entitled JamCon ’84. This was the first time the concept behind culture jamming was discussed, and it was presented as a series of radio-style interviews. Inspired by the band’s work, Mark Dery delved further into the concept (and, being something of a self-confessed ‘grammarian’, changed the original phrase from ‘cultural jamming’ to ‘culture jamming’ in the process) in his New York Times article entitled: The Merry Pranksters and the Art of the Hoax.

Perhaps ironically – or expectedly – no sooner had Dery’s article been published than mainstream media and advertising got hold of the trend and began using it to push products.

Particularly ironic is the fact that Ad-busters, a magazine Dery himself wrote for on several occasions, took it upon itself to essentially commoditise the concept. As Dery states:

‘After I published my New York Times article, I wrote a series of articles for the Canadian anti-consumerism magazine Adbusters, beginning with “Subvertising: The Billboard Bandit as Cultural Jammer” (Adbusters, Fall/Winter 1991, Volume 2, Number 1), in which I introduced editor/publisher Kalle Lasn to the term “culture jamming” and the theories it embodied.

‘Lasn took the concept and ran with it, branding his magazine as the house organ of the Culture Jamming Movement®, peddling anti-consumerist swag through the magazine’s website, and publishing a jammer’s manifesto of sorts, Culture Jam: The Uncooling of America, a strategy that has earned him the ire of jammers like Carrie McLaren, who in her essay “CULTURE JAMMING ™ brought to you by Adbusters” charges Lasn with reducing the phenomenon to:

‘“…a few pointless vagaries (“challenge your economics professors to justify their scientific credentials in class”) and things to buy—air-time on local TV to air Adbusters’ anti-commercials, Buy Nothing Day promo goods (irony, anyone?), and the Culture Jammer’s toolbox, where, for $35, you get a poster, stickers, The Culture Jammer’s Video, a Buy Nothing Day t-shirt and extra copies of Adbusters. Then inside the back page, in case you missed those two pages, there’s a full page of Culture Jamming materials. A set of six posters and postcards ($15), the Culture Jammer’s Calendar ($13), The Culture Jammer’s Video and Back Issues. Order before September 15 and get a second calendar free! …Beat ‘em at their own game, I guess is the thinking. But what comes out is no real alternative to our culture of consumption. Just a different brand.”

‘What she said. I share McClaren’s pique at Adbuster’s complicity in the commodification of anti-consumerism (not to mention Lasn’s benign neglect, in too many interviews, of the role my work played in bringing the concept to his attention).’


Cultural jamming in the digital age

So what of culture jamming in the social media age, where not only do the tools of technology enable virtually anyone to warp a message, but also to disseminate it effortlessly? Does it mean that with further reach the original ideals of culture jamming can be reignited?

To alter a billboard in the dead of night you have to have a real passion for the message you’re creating. It has to be well-planned, well thought out and concise. Anyone with a hacked Photoshop program can whip up a digital effort in the time it takes to run off a group email and hope it goes viral. Which of course it doesn’t, because everyone else is doing the same thing.

This is not to say that there aren’t still great examples of culture jamming in the online space. Video content in particular is useful for culture jamming, such as this example by Jesse Rosten:

All in all, however, content like this is rare in a digital landscape where immediacy wins out over considered content. It’s a race to create the first meme, not the cleverest one.

Perhaps there is something to be said for the content that’s hard to make versus that which is created for the fleeting validation of a like on Facebook or a certain number of views on YouTube. Perhaps Mark Dery said it best when he wrote:

‘Seventeen years after my manifesto hit indie bookstores, the look and feel of culture jamming, at least, have been appropriated by the mainstream, tirelessly promoted by Adbusters (oh, the irony!) and hijacked by guerrilla advertisers to ambush unsuspecting consumers. Perhaps it’s high time we asked whether it, like the medieval Feast of Fools to which it is distantly related, was always just a socially sanctioned release valve – a tactical outlet for class resentments and pent-up dissent over social injustices and economic inequities that might have found more profoundly political expression if they hadn’t been harmlessly exorcized via rituals of resistance.

‘But that, wise crowd, is a question I leave to you.’