A brief history of product placement

Australia’s own one-time James Bond, George Lazenby, has publicly lambasted the ongoing franchise for ditching the debonair British agent’s traditional – and famous – tipple, the vodka martini (all together now), ‘shaken, not stirred’ – in favour of Heineken.

Lazenby, who played the suave spy in 1969’s On Her Majesty’s Secret Service, is annoyed that the next Bond film, Skyfall, will see Daniel Craig’s 007 sipping the beer and not the cocktail. ‘It’s not the best beer out there, either,’ the Aussie actor said authoritatively.

Product placement is nothing new in films, but less well-known is the fact that it has been going on since the earliest days of Hollywood – 1919, to be precise, when a film called The Garage starring Fatty Arbuckle (a man whose career ended in scandal) promoted Red Crown gasoline.

That’s just one of the gems revealed in this engaging and informing film. Everyone from the Marx Brothers to Steven Spielberg has been in on the act. Some have done it jokingly, some self-depracatingly and some ironically. But the bottom line – a great marketing term – is: they’ve all done it.

So perhaps the lesson is, if you want to beat ’em, pay for placement. Although there is always someone who has to take it that one step too far and so give everyone involved in content marketing a bad name… 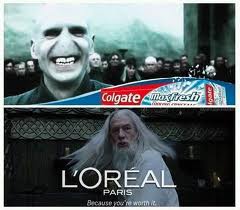