The whole issue of social media bullying refuses to go away 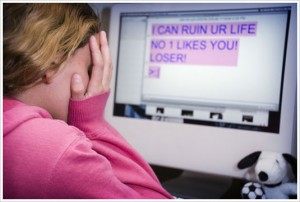 Are people in the public eye really fair game? Just because somebody appears on television, does it mean it’s OK for others to pass judgement on them or bully them? In Australia, the Robbie Farah and Charlotte Dawson cases have become causes célèbres.

In the case of TV personality Dawson, a number of Internet and social media trolls (bravely hiding behind a virtual cloak of anonymity) felt it was perfectly OK to abuse her. Meanwhile, other people suggested on various social media forums that she had brought the attacks on herself by basically choosing to live in the public eye – and even that her subsequently revealed mental health issues were some sort of publicity stunt.

Are the people who post these kinds of things motivated by jealousy, that someone is ‘famous’ (whatever that means) while they are not? Have these celebrities signed some sort of Faustian pact whereby the price they pay for creating a public career (however vacuous and Kardashian-like said ‘career’ may be) is the right for anyone and everyone to pour vitriol on them?

In a way, the whole issue has become something of a vicious circle (with a dash of self-fulfilling prophecy thrown in for good measure). Now, those in the public eye are fighting back – and that fact alone is generating traditional and social media coverage, which will doubtless in turn generate a whole new round of trolling and response, trolling and response…

Here’s the latest response, from US TV anchor Jennifer Livingston. In truth, her response to a viewer who said she was obese is beautifully done – honest, heartfelt, reasoned, intelligent, passionate and even moving. Which in part explains why it has attracted over three million hits on YouTube.

As Jennifer Livingston points out in the video, October is anti-bullying month. The most popular article ever posted on The Message looks at how social media can actually help beat cyber bullying. It is clear, though, that there is still a long way to go.