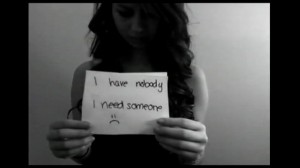 It’s the worst possible ending to a cyber-bulling situation: a young girl, faced with what she thought was the only option, took her own life.

It is, sadly, a situation that has played out time and time again over the past few years, especially since technological advances – from mobile phones to, particularly, social media – has allowed bullying to spread beyond the confines of the schoolyard and into every aspect of teenagers’ lives.

Amanda Todd was a 15-year-old girl living in British Columbia, Canada. When she was 12, an older man convinced her to ‘flash’ a webcam. He then cyber-stalked her, sending the images to her school friends and creating numerous fake Facebook profiles in order to continue to harass her.

Because of the photos, Amanda was subjected to intense and ongoing bullying, despite twice changing schools in an attempt to escape it. She had a history of self-harm and had attempted to take her life several times, and still the bullying continued.

Amanda Todd made a YouTube video last month, detailing what she had been through. She doesn’t speak in the video, but holds up handwritten notes detailing the bullying that plagued her through her short adolescence. It ends, heartbreakingly, with the words ‘I have nobody. I need someone. My name is Amanda Todd.’

A month later, she is dead.

Amanda’s death will always remain a senseless tragedy. The video, however, has the potential to educate people about the effect their words can have on other human beings. It can also serve as a warning for the younger generation to beware how much they share online. As for the man who tortured and shamed Amanda with the photo she was too young to know not to take – we hope he feels the full extent of the law and knows he is in part to blame for the death of a beautiful young girl.

October is anti-bullying month. Share Amanda’s video – and her story. Bullying kills, and a world where cruelty is literally killing our children is a world we need to change. Now.

@TickYes
Aren’t we better than this?