It seems the authorities now have hacktivists firmly in their sights… 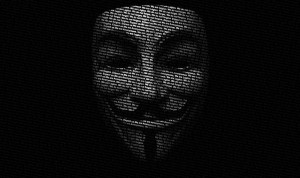 In a blow to hacktivists everywhere, news is breaking that police in Latin America and Europe have arrested 25 suspected members of the Anonymous hacking group.

Anonymous claims its actions are ‘trying to fight criminal activities by governments and corporations’ by disrupting websites and services. The group also strongly advocates free speech and the openness of the Internet, while its Guy Fawkes mask has become a protest-movement icon.

According to Interpol, the arrests – in Argentina, Chile, Colombia and Spain – came after the websites of the Colombian Ministry of Defence and the presidency, Chile’s national library, and the Chilean electricity company Endesa were attacked. Around 250 items of IT equipment and mobile phones were also seized.

Although Anonymous is hardly likely to be shut down by the arrests – as a loose international network of online activists it is too nebulous an organisation for that – it is clear that authorities have it very much in their sights.

UPDATED NEWS: But although it is being targeted by international police forces, Anonymous clearly isn’t going to go quietly. Within hours of the news of the arrests, Interpol’s website was unreachable for about 30 minutes – with Anonymous (or its supporters) prime suspects…