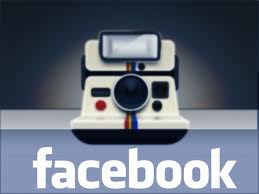 Instagram is hot. So hot that The Message wrote an article about it last month. And, in global tech/news terms, so hot that Facebook has just bought it for $1 billion.

Let’s just consider that for a moment… a billion bucks for an app that apparently took less than eight weeks to develop and is yet to turn a profit. Instagram’s popularity (and, presumably, price tag) even took its co-founder Kevin Systrom by surprise: ‘We went from literally a handful of users to the number one free photography app in a matter of hours.’

But it was that exponential growth that has clearly persuaded Facebook to part with so much money – and, indeed, to look outside its own creative prowess. ‘This is an important milestone for Facebook because it’s the first time we’ve ever acquired a product and company with so many users,’ Mark Zuckerberg posted on Facebook. ‘We don’t plan on doing many more of these, if any at all. But providing the best photo sharing experience is one reason why so many people love Facebook and we knew it would be worth bringing these two companies together.’

The billion-dollar buyout is the most spent on a profitless start-up since Google bought YouTube for $1.65 billion in 2006. But chances are, this will not be the last time astronomical sums are spent on online content or, in the case of Pinterest, platforms that enable the creation and sharing of online content.

As The Guardian reports, ‘The sale comes shortly after Zynga, the online games firm, paid $200 million for OMGPOP, maker of Draw Something, an online version of Pictionary that in less than two months has been downloaded more than 50 million times.’

As we’ve said before, there’s gold in them thar content hills!

@TickYes
Happy Easter from ‘The Message’!