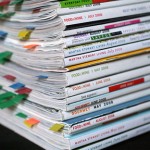 The ‘death’ of print journalism has been touted for years now. But, to paraphrase Mark Twain, reports of its death may have been greatly exaggerated. So instead of an ending, we could be on the verge of a new beginning – an opportunity for rebirth that offers individuals and companies alike fantastic opportunities in the digital world.

Just like when Gandalf the Grey in the Lord of the Rings trilogy (forgive us while we geek out for a moment here) reborn as ‘Gandalf the White’ (a substantially cooler position in the hierarchy of the magical world of Tolkien), magazines and newspapers are emerging like phoenixes from the ashes. The results, like that semi-translucent, bearded, horse-riding wizard in the fantasy novels, are cleaner, stronger and more far-reaching than their previous incarnation.

Online magazines like The Message are emerging as one of the most exciting new models of online communication, combining the classic structure of traditional magazine journalism with the immediacy and interactivity of blogs and online communities.

What’s interesting is watching the way that blogs have started to evolve into magazines all on their own. Not only have bloggers willingly become journalists, but also journalists have willingly become bloggers, making it all the easier for the two models to merge into a format that works.

Mia Freedman left the magazine world to pursue a brief career in TV, only to realise after less than a year that it wasn’t for her. What she did do, however, was start a blog (www.mamamia.com.au), which has since morphed into an online magazine featuring a handful of staff as well as several regular contributors like Freedman protégé and former magazine editor-turned-blogger, Zoe Foster.

Seth Godin recently announced that Squidoo will now be creating online magazines, and called for anyone interested in collaborating to come forward. He writes:

‘What we’ve been committed to for the last six years is the idea that self-expression is at the heart of the best content, and that the web makes it easy to create personal media. Squidoo gives people a chance to build a personal interest graph online, page by page, interest by interest.

‘Squidoo is adding on to our core by launching a series of online magazines, highlighting great content, publishing original articles and connecting passionate people via Facebook.’

Godin’s comments are, as ever, instructive – particularly his use of the terms ‘personal media’. Because ‘personal’ doesn’t necessarily mean ‘individual’. ‘Personal’ denotes ownership and belonging and can just as easily be applicable to a corporate behemoth, a small business or a single soul who simply wants to get his/her thoughts out there. Which means it’s not just blogs that can and will become online magazines, but all websites great and small as well. 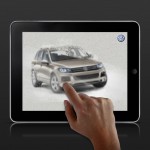 Content marketing is the current buzz term, but it is also a misnomer – because marketing has always been done through content. Words, images (moving or otherwise), music, Lego figures… it’s all content, and always has been. The difference now is that people are wanting to receive that content in the online, mobile and digital space, so someone somewhere decided a new term for selling through that space had to be created (or at least coined).

But imagine if ‘content marketing’ only applied to something very specific. Something that engages, entertains, provokes, occasionally frustrates, moves, inspires, challenges, informs, educates and more.

If only there was a word for this thing…

Oh, wait, there is – and has been for centuries. It’s called a magazine.

And the advantage of an online magazine is that it is completely interactive and real time, not weekly, monthly or quarterly. Magazines continue to fascinate and develop the interest and loyalty required to keep people coming back for more. And at this time when the print world prepares to admit defeat its near-mythical battle with the plucky little online forces whom no-one gave a chance two decades ago, companies could do a lot worse than create their own online mags that in turn keep their customers coming back for more.