As KitchenAid pulls a ‘Jonesy’, the evidence is incontrovertible that a word – or tweet – out of place can be disastrous for brands in the online content age 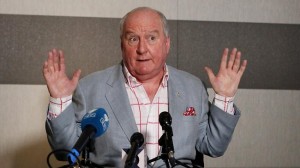 Alan Jones’ most recent tirade, when he used the still-raw death of Julia Gillard’s father as the punchline of a hurtful joke at a Young Liberals’ event, shocked even the staunchest of the prime minister’s opponents.

Despicable – and as deserving of public rebuke – as his words and actions were, they did not come completely out of context. Jones’ persona – his brand, if you will – is synonymous with utilising controversial and outspoken tactics that many would consider bullying. So it is ironic that Jones himself has claimed that he is a victim of cyberbullying at a time when it is very much in the public eye. Technically, Jones is probably right, but in the eyes of many he has merely reaped what he has sown and the damage the affair has done to his brand’s reputation is entirely self-inflicted.

During last week’s US presidential candidate debate between Barack Obama and his Republican challenger, Mitt Romney, the brand tweeted: ‘Obamas gma even knew it was going 2 b bad! ‘She died 3 days b4 he became president’. #nbcpolitics,’

And with that, KitchenAid joined the ranks of Westpac and Chrysler Autos in the Twitter hall of RDT (really dumb tweets).

The brand quickly removed the tweet and issued a sheepish apology: ‘Deepest apologies for an irresponsible tweet that is in no way a representation of the brand’s opinion.’

No doubt the offending tweeter has since been fired. What are the odds on 2GB following suit?