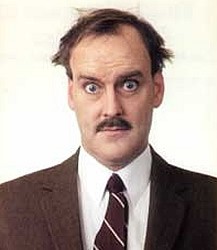 Social media has been a godsend for celebrities. From Charlie Sheen taking to Twitter to self-promote shamelessly to Lady Gaga showing you can use your social media celeb status for good (while still self-promoting shamelessly), anyone with even half a public profile seems to be at it.

The issue of celebrities being paid to endorse products/brands/destinations/pretty much anything that comes to mind through their twitter feeds has been around for a while now. Shannon Noll and ‘celebrity chef’ Matt Moran are the latest to be caught out, with Media Watch revealing that they were paid $750 (plus GST) per tweet to promote Kangaroo Island in South Australia.

And now John Cleese has got in on the act. It’s not through social media, but it is still ambush content marketing. According to a report in the Sydney Morning Herald, a media release from PR firm Burson Marsteller states: ‘Beer-guzzling men are officially out of fashion, according to a Newspoll study of 1000 women. And John Cleese has even weighed into the debate.’

The release details how women apparently believe that beer is the most boring drink men can order at the bar, that drinking beer leads to beer bellies, and that said beer bellies are a massive turn off.

Cleese is even more explicit – being quoted as saying, ‘I have in fact noticed on recent visits to Oz a growing proportion of Beer Fairies among the male population. These smelly, overweight vulgarians represent the lumpenproletariat of beer drinkers – sad, dysfunctional creatures. It is therefore in the interests of all decent Australians to cull them!’ 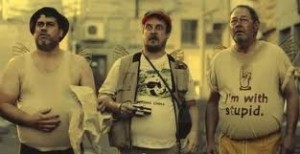 And then, it is revealed in the small print that the survey was commissioned by Beam, Inc, makers of the spirit Canadian Club, which is currently in the middle of a big advertising campaign centred on, yes, ‘beer fairies’.

The Herald wasn’t fooled, but news.com.au journalist/blogger Emma-Kate Dobbin certainly seems to have been, repeating the survey’s findings as gospel. Perhaps she’s unaware that Cleese’s former Monty Pythom cohort Eric Idle once said of him, ‘John would do anything for money.’

But is this using of celebrity status to promote things knowing full well that the vast majority of social media followers (not to mention some journalists) won’t realise they are reading a paid advertisement a cynical trend or clever  content marketing? We’d love to hear your thoughts…