Hang on, what was that? Black? You can’t say that! That’s, that’s, well that’s racist!

But let’s back up a bit. This year’s Oscars were all about race. After the nominations were announced in January there was a furor about the lack of black nominees. Plenty of black presenters and entertainers appearing on the night mind you. The hashtag #OscarsSoWhite swept the twittersphere faster than you can spell equality.

In the midst of all this hullabaloo along came host Chris Rock. From the opening monologue he hilariously answered the question on every observer’s mind: how is he going to deal with it? He dealt with it by confronting it head-on. As in citing lynchings, rapes and racism. Full-on you might say. He didn’t pretend it wasn’t happening. In fact, it was his recurring theme for the night. Rock 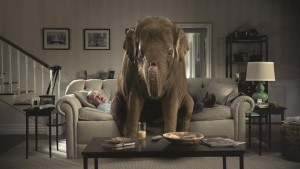 didn’t just confront the elephant in the room, he invited the elephant on to the stage and into our lounge rooms to share hosting duties.

Here’s the funny thing, though. Rock managed to get the message across and demonstrate his support for the cause by metaphorically inviting the audience to join him. Too often zealots bore and antagonise the very people they’re trying to influence. They’re so wrapped up in their own self-righteousness and feeling that everyone else is wrong/stupid/ignorant that their words and actions isolate them even more. In the end, more harm than good is done and no-one wins.

Rock took a different approach. His performance was so nuanced and clever that we couldn’t help but warm to him AND his cause. He made us laugh while making the points that needed to be made. He took us along for the ride because he earned the right to do so by taking into account what we wanted: to be entertained.

Many marketers often take the zealot approach and try to get us all hot and sweaty about their cause by breathlessly telling us about the most banal facts about their product / service. They use their media budget to repeatedly bludgeon their market/s with their offering which is usually no different to the other 20 options that are available.

Most of us aren’t in the entertainment business. Selling breakfast cereal and ball bearings will never have the inherent interest of the Academy Awards or one the world’s best loved comedians. We are all in the persuasion business, though. We all need to market with empathy and flair lest all is lost. By that I mean that if we fail to bring our customers along with us we’ll 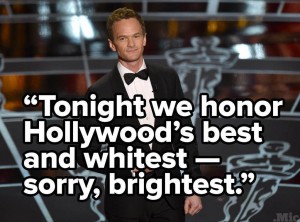 end up in the mire, cutting prices until the cows – or liquidators – come home.

Chris Rock took many risks last night. There was no guarantee that his many potentially controversial jokes would work*. The alternative, however was even riskier: to be an apologist for both sides and end up pleasing no-one.

We marketers also need to take risks and make a memorable stand on behalf of what we’re promoting. Often, it’s the only way to stand out. Our customers are crying out to be engaged, entertained, cajoled, informed and even just included. Take them along for an enjoyable and memorable ride and you could well end up at the cash register more often than you could have imagined.

*Apparently Rock did try out his routine at an LA Comedy club over the past fortnight. No matter how much you practice, however, you still need to step up on the day and take a leap of faith.