Are Australian retailers finally starting to realise the benefits of e-tail? 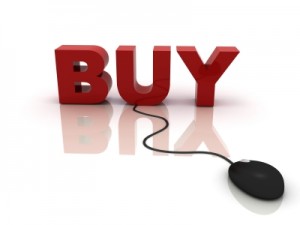 A soon-to-be-released White Paper from Tick Yes looks at the ongoing conflict between traditional retailers and online stores (or e-tailers) in Australia. The White Paper discusses the reluctance of many Australian stores to embrace online opportunities and argues that, actually, e-tail should be seen as an opportunity rather than competition.

In a recent survey of 300 retailers across a variety of sectors, including automotive, sports, groceries, health and fashion, 53 per cent said they had no online sales channel.

That’s a staggering percentage of Australian retailers who are ignoring the possibilities presented by social media and content marketing at a time when, according to the Productivity Commission, one of the main reasons that sector is struggling is because it is lagging behind the rest of the world in the use of the Internet.

Slowly, however, it seems some of the country’s biggest retailers are understanding the possibilities e-tail presents. Indeed, many of them are about to take part in an Australian first that will see online prices slashed by up to 90 per cent.

Next Tuesday, 20 November, some of Australia’s leading stores, including Myer, Target, Westfield and Dick Smith will take part in Click Frenzy. From 7pm that night, they (and around 150 other participating shops and brands) will be cutting their online prices from between 15 and 90 per cent for 24 hours. 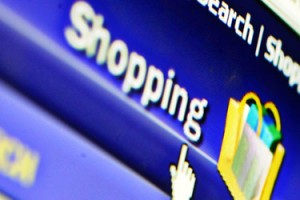 The initiative is based on a similar US project called Cyber Monday, which has been in operation since 2006. Last year, shoppers spent over $1 billion during Cyber Monday, which is held the Monday after Thanksgiving – a traditionally strong shopping day.

And while Grant Arnott, organiser of the Australian event, is anticipating only a fraction of that (‘we expect it will be tens of millions of dollars’), Click Frenzy is still likely to set a new Australian online sales record.

Importantly, it also gives Australian retailers an opportunity to fight back against overseas competitors and, indeed, to head off international competition before it has the chance to become established: ‘The whole aim is to stimulate activity in the online retail space for the benefit of all Australian retailers whether they are online or multichannel,’ Arnott says. ‘We want to establish this as an annual event before Cyber Monday really takes hold here and give Australian retailers a much needed boost ahead of Christmas.’

The retailers taking part are clearly relishing the opportunity to not only boost sales, but also showcase their online initiatives. ‘The international retailers tend to get a lot of publicity, but there are a lot of Australian retailers doing great things online and this is a good opportunity to let people see that,’ says Sarah Hayden, digital manager for Jeanswest.

Yet for every retailer embracing the online opportunities there are many more who seem to be simply hoping e-tail will go away. Clearly, though, it isn’t going to. And if you can’t beat ’em…