In April Facebook came out with its app for the Android smartphone that literally makes Facebook the main feature of the gadget.  But a few days into launching and following a lot of negative reactions and a ton of 1-star reviews, this particular online strategy is looking more like a home that smartphone users would rather leave abandoned than enter.

The social media’s first major-release app for the Android, Facebook Home, integrates itself into the Android OS, changing your wallpaper and menu to make it appear similar to what you see when you open your Facebook page.

Users immediately complained that while it optimized Facebook for easier to use on their smartphones, it made everything else, including using the features of the phone itself, very complicated. 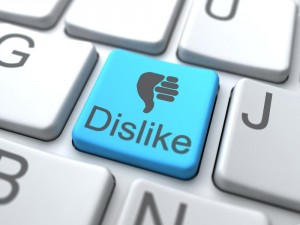 The main complaint was that, as mentioned above, the app turned Facebook into something like an in-your-facebook.  The app essentially replaces your smartphone’s lock screen with a slideshow made up of updates from your Facebook newsfeed.

“Not an intuitive app. Made my phone so frustratingly complicated to use that I uninstalled after just four or five hours. Unless major changes are made including an easy way to get to my home screen I will not reinstall,” one user laments.

“It was cool at first but needs some tweaking to be more user-friendly. It takes a lot of different moves and clicks just to get to your main home screen. I installed it last night and uninstalled it this morning,” another user said.

“Not intuitive and it makes my phone butt-ugly. Major fail. And Facebook is starting to grow pretty tiresome; I don’t really want to have to look at it every time I pick up my phone. Uninstall,” another user added.

Others were also complaining about how much life the app took out of the battery.

“Kills my battery on my galaxy note 2.:-)  IT’S COOL but I need my phones battery to last the day,” was the reaction of another user.

The apps store ratings also speaks for itself.  As of April 15 only 689 users rated the app 5 stars while an overwhelming 1,864 rated it one star.  A total of 3,930 users rated their experience with Facebook Home.  The total average was a measly 2.3 stars.

While it can be argued that only those people with a particular dislike for Facebook are posting the negative comments, Google Play said it only accepts rating and reviews from users who have downloaded and installed the app, so it’s safe to assume the bulk of negative reviews and comments do come from people who have actually tried the app for themselves.

For now the free downloadable app, which 258 KB, is only available in the US and only for devices that support Android 4.0 and up like the HTC First, HTC One X, HTC One and Samsung Galaxy S3, Galaxy S4 and Galaxy Note 2.  Facebook’s decision to have the app distributed via Google Play to such a limited number of users has also raised other questions as to whether the app is actually a social media marketing strategy or a mere test to see how receptive users are to such a program.

Facebook recently unveiled plans to release Facebook Home internationally.  And, perhaps eager to patch up its relationship with Home haters, announced that the fist update for the app is scheduled for the second week of May.