Now ‘celebrities’ get to live the refugee life 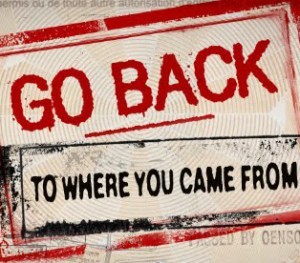 If you missed the first series of SBS’s compelling, confronting Go Back To Where You Came From (and the online and social media content it generated as a result of the subsequent conversation), a new series has just been announced for later this year.

At first glance, it looks like the multicultural broadcaster has jumped on the tacky celebrity bandwagon (think Celebrity Apprentice, Celebrity Masterchef, Celebrity Millionaire) in the desperate hope that name-recognition (even when the names belong to distinctly D-list celebs) will boost ratings.

But then you realise the first series of the show – in which six people from different backgrounds, attitudes and political views took the trip asylum seekers who land in Australia take, only in reverse – struck such a chord with the Australian public that SBS doesn’t need such gimmicks. And then you note that the six famous names have been so well-chosen that this series promises to be even more fascinating.

Will their experiences cause long-held views to be changed, or will they be confirmed. And while we’re at it, which ‘celebrity’ or public figure would you like to send on this undeniably eye-opening journey?