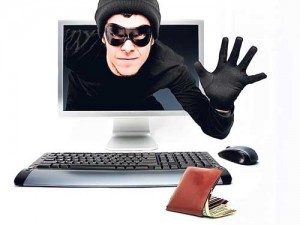 Facebook’s ongoing share-price plunge means Mark Zuckerberg may not be making the expected killing from the social media giant’s public offering, but tech-savvy criminals are certainly doing that from the world’s love affair with new, social technology.

According to a report in Los Angeles Times, the old Nigerian email scam is so 2007, with Facebook now the most popular medium for scamming the unaware and gullible:

‘There’s the Osama bin Laden death video that downloads a virus into your computer. A sting known as the “grandparent scam” in which fraud artists plead desperately for money, pretending to be young relatives. And last week a new one surfaced that steals your personal information by advertising a 20% cash rebate for users who link debit cards to their Facebook account.’

And it seems that because it is Facebook, where people interact with ‘friends’, they are far more likely to let their guard down.

As Chester Wisniewski, a senior advisor at Sophos Ltd., a provider of corporate data security systems, told the LA Times: ‘It’s a lot more convincing when you think you’re hearing from your cousin than getting something filled with spelling errors from a random stranger in Russia.’

In the US last year, there were 314,246 reports of Internet-based cyber crime, with losses totalling US$485 million. Sometimes the scammers send an official-looking Facebook email requesting that users update security questions, then snatch their personal information.

Others simply use the information found on many public profiles for their advantage, with people who accept every friend request particularly vulnerable.

‘Even if you don’t friend someone, if you post things publicly or share lots of information with a compromised friend, your information is still available,’ Wisniewski said. ‘If something is truly sensitive, it is best not published on the Internet.’

Scammers and criminals use the information in a number of ways. The LA Times says the ‘grandparent scams’ gather information about the target person, their family, friends, even dogs and cats. Then comes the appeal, laced with personal details, typically in a muffled and distraught phone call saying a young loved one needs cash quickly to get out of a jail or a scrape in Eastern Europe, Asia or Latin America.

A popular alternative that a staffer at The Message has experienced (but didn’t fall for) involves ‘hijacking a Facebook friends list to send emails pleading for money on behalf of a person who supposedly has been robbed in a foreign country and left without even a passport’.

Facebook, along with Google and Microsoft, is taking the problem seriously enough to join forces, Avengers-style, by forming an alliance called Domain-based Message Authentication, Reporting and Conformance specifically to fight these sorts of scams.

Whether they are successful remains to be seen. After all, as George Tubin, a senior security strategist at Trusteer, said: ‘Those of us in the security industry are always concerned with the large amount of very personal information that people put out on Facebook. It’s the perfect target for criminals because a lot of the Facebook audience are people who share their entire lives and don’t think about security.’

You have been warned…

@TickYes
Know what we meme?