Cost is no longer a barrier to content promotion and dissemination. But for it to work, people still have to want to see it

In the world of content production, and in particular with content marketing, something that frequently holds people back is the notion that good content needs a big budget. This is hardly new. It’s based on decades – centuries, in fact – of cost being the major barrier to creating or disseminating quality content. 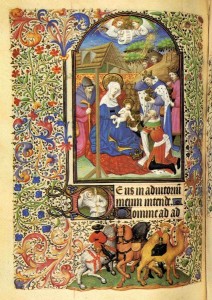 Before the arrival of the printing press, the only way to circulate whatever content you’d created – be it a theory, or a painting, or a poem – was to either find a rich benefactor (luck) or to jump on a horse (cost), ride to neighbouring towns (cost) and spend your time gathering crowds and spreading the message (cost). For Joe Medieval, who had potatoes to plant and wenches to woo, time was too valuable a thing to waste on such trivial pursuits.

Of course, after the printing press and again after the Industrial Revolution, there were more creative and practical ways to share your content with the world, but the cost of having it duplicated and disseminated was so prohibitive that only a small fraction of the population could ever hope for that happy situation to eventuate.

Anyone can create content, but few can do it well

Moving forward to modern society, it is still only very recently that access to publishing has become available to anyone with a laptop and a basic understanding of the Internet. Prior to blogging, digital cameras and recording, MP3s and free movie-editing software, cost was still the main obstacle to successful content.

Now, throughout history there are examples of the exceptions that prove the rule – of poor people who have made successful films and written brilliant novels and plays and painted masterpieces. But for all the protestations of ‘I worked my way to the top!’ and ‘Rung by rung I climbed the ladder of success!’, the uniting and often unspoken factor in each of these rags-to-riches success stories was that they shared in a healthy dose of luck.

This is not to undermine the extraordinary talent of these people, because it is unquestionable they had it in spades. But because of the prohibitive cost of publishing a book or making a film or recording an album in the past, it was necessary for their talent to be spotted first by someone else who could put up the funds required to either create the masterpiece, or have it reproduced, or distribute it.

To a degree, top-level success still requires that sort of backing to support the talent. Justin Bieber may have been discovered on YouTube, but it still took a savvy marketing team with plenty of money behind them to turn him into a global phenomenon.

Social media cuts out the middleman Yet the Biebster, like the Arctic Monkeys before him, is proof that a noticeable shift is now occurring. Individuals are now able to kickstart their careers by producing and promoting themselves through the content they upload for free. At the other end of the scale, some of the biggest bands in the world – Radiohead, for example – are already cutting ties with their record companies and marketing themselves directly to their fans through the Internet and social media.

But this also means the marketplace is becoming more crowded as more and more people jump on the DIY bandwagon. In the case of artists, talent keeps people coming back for more. In the case of other forms of online content, it will still be the quality of that content that sells it and makes it stand out from the crowd.

@TickYes
The truth shall set you free