Is this the proof that Blackberry has finally run out of juice? 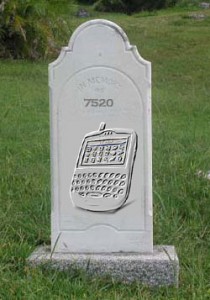 There’s a great line in the WW1-set fourth Blackadder series, when Stephen Fry’s mad (on the one hand; insightful and ruthlessly pragmatic on the other) British general says: ‘If nothing else works, a total pig-headed unwillingness to look facts in the face will see us through’. Cruel as it may be, it’s a line that increasingly springs to mind whenever Blackberry makes the news.

Once the darling of seriously important people (remember when Barack Obama, before getting elected four years ago, famously said he was ‘addicted’ to his?), it has been left limping along in the must-have mobile stakes by the various other Smartphone offerings, led by Apple and Samsung.

In addition, it hasn’t been helped by a content marketing campaign that, well, has left rather a lot to be desired.

And you can’t help wondering whether Blackberry’s latest stunt – a cheesy video in which RIM (Blackberry’s parent company) execs declare their love, devotion and thanks to those developers who have bothered to make apps for the phone – is nothing more than that ‘pig-headed unwillingness to look facts in the face’.

On the one hand, it’s nice that Blackberry recognises the work that goes into making apps. It’s also really good relationship marketing. On the other, it’s a rather desperate plea (complete with bribe – Blackberry is offering to pay app developers up to US$9000 to work with them) to give the Blackberry 10 a go.

Maybe you can decide which it really is: