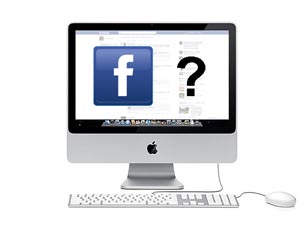 The news of the month, and quite possibly the year, has been Facebook’s IPO.  In the process of filing, Mark Zuckerberg confirmed that the site’s main business was advertising, something that came as no surprise to anyone.

However, what may shock some – including Facebook’s advertising clients who spend billions of dollars on the platform – is the news that those mammoth user figures might not be quite as mammoth as Facebook would have us believe. In fact, rather than the 800-million-plus reported and re-reported everywhere, those figures could be substantially less.

A clever blog post by Barry Ritholtz (Chief Executive and Director for Equity Research at Fusion IQ) and an equally clever article by New York Times’ Andrew Ross Sorkin both question the figures, based on Facebook’s lengthy prospectus document released after its IPO.

The issue comes down to how Facebook defines its monthly active users. While users of Facebook.com and Facebook mobile are counted, the social network also counts ‘third party users’. This means that those people who ‘like’ an article somewhere on the web – even if they don’t actually open Facebook – are included in the tally.

While this may not seem like such a terrible way to measure (after all, liking something through Facebook is, without question, ‘using’ Facebook) the fact that people who may not actually be on the Facebook site are being counted suggests that advertisers believe there are more people viewing their ads than there actually are.

Sorkin is quick to point out that Facebook’s measurement processes don’t actually look too bad in comparison to some other large websites:

‘Facebook’s counting is, oddly enough, actually more transparent than that of some of its rivals. Google was recently criticized for disclosing only the number of registered users on its Google Plus service, not how many people actually use the service regularly. Twitter has similarly been criticized. At least Facebook is trying to count only those people who are somehow engaged with the service in a meaningful way.’

This being said, the question must be asked: are Facebook advertisers – and content marketers who use the platform – really getting what they pay for? It’s a significant question mark that many big-spending advertisers may soon want to question Mark about.

@TickYes
I think, therefore you aren’t