Content is becoming whatever the consumer wants it to be

If 2011 was the year of the social media-inspired uprising, then 2012 is set to be the year of crowd-sourced creativity. Even though the year is still waking up and rubbing its eyes, we’ve already seen some outstanding examples of new and exciting ways to look at the creative process. 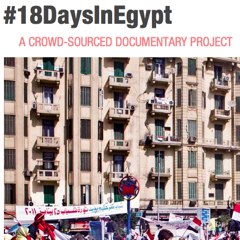 As if to highlight the above statement, two filmmakers have created a ‘collaborative documentary’ about the uprising in Egypt last year, with footage and stories sourced largely through social media.

While the film was originally going to feature hand-picked clips and tweets from people during the revolution, creators Jigar Mehta and Yasmin Elayat decided the message could be much more powerful if they put out the call for contributors to play a role in putting together compilations.

The result is 18 Days in Egypt, an ongoing and ever-changing documentary website through which users can pull together tweets, posts, images and video in whichever ways they see fit. The concept behind the site is currently being expanded to include other subject matter, and both Mehta and Elayat expect to launch similar projects in upcoming months.