DONíT Send Flowers (If You Want to Keep a Customer).

We all love added value. Unexpected treats work big time. Well, most of the time.

The following tale of woe falls into the category of ëdonít do this at homeí. In fact, doing it at home is fine; itís when it happens at work that it becomes problematic.

Picture this scene: thereís me busily working away in the office minding my own business when a courier arrives bearing gifts. Or A gift.

Think of the biggest, most sumptuous bunch of flowers youíve ever seen. Then double it.

Another key part of the picture was that working in the office alongside me was my beautiful, newly ensconced Hungarian girlfriend. Did I mention the fiery Hungarian thing? Anyway, you get the picture.

Everything that happened next seemed toÝbeÝin slow motion.

The courier asked for me by name. Bewildered, like any self-respecting man would be as he confronted his impending doom, I answered. Yes, the flowers were for me.

Now I canít begin to imagine what my girlfriend was thinking at that point but the two metaphorical holes that were being bored into the back of my head as I signed for the flowers gave me some clue.

They were from my new, young, and yes, female masseuse. This was her way of welcoming me to her practice. I never found out why she chose the very expensive option of sending flowers as a relationship building strategy. A hand written 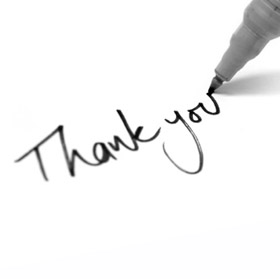 card would have worked just as well.

What happened next was, shall we say, sub-optimal. Now that some time has passed, I can say that Susan was ëactively intriguedí that a woman would send me flowers just to thank me for my patronage. OK, she was furious and she took a lot of convincing that I was the ëvictimí of a misguided marketing strategy.

Not surprisingly, the flowers did not engender greater loyalty from me to my now former masseuse. As well-meaning as her strategy was, it failed the marketing 101 test: having empathy with how it will be received and, more importantly, perceived by the recipient.

Perhaps SHEíD love to receive flowers from a new supplier so why not send it to a new customer. Maybe she was single and didn’t have to consider how her partner would view her receiving a beautiful bunch of flowers from another person.

Frankly, I never found out. After a very short phone call explaining that what she did was not a fabulous idea from my perspective I havenít spoken to her since.

Add value by all means but before you do so, consider how it will be received by the target market. If thereís even the slightest chance it could have a negative impact, donít do it.

@TickYes
The Impact Digital Readiness can have on Your Career
Loading Comments...