Down, down, Aussies are downloading

When it comes to accessing pirated content, Australians are world-leaders 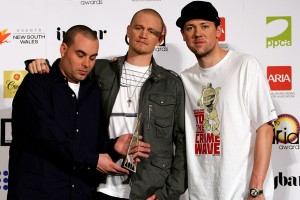 According to new figures, Australians have embraced digital music to such an extent that in the last year, there was very nearly a download for every person in the country.

The Sydney Morning Herald reports on the survey from ‘a self-described data and analytics company’ called Musicmetric, which has found that there were 19,104,047 music downloads in Australia over the last 12 months. In a country of just 23 million people, that is a staggering number. In fact, in per capita terms, more music is downloaded in Australia than any other country.

The Musicmetric survey of bit torrent also suggests that ‘Australia… was comfortably the most frequent user of unofficial or illegal sites’. Although the Herald is quick to question the veracity of the Musicmetric statistics (due to a lack of information about the methodology used), they do raise questions about how much of that music is actually being downloaded illegally.

Indeed, according to the Australian Recording Industry Association (ARIA), 25 per cent of music downloaded in 2011 was from illegal sites. So if the Musicmetric figures are accurate, that suggests almost five million tracks were illegally downloaded in this country last year.

However, it should be pointed out that while pirated music content is undoubtedly an issue in Australia, legal digital sales have kept rising. ARIA’s figures show that digital sales rose by 37 per cent in 2011, and now account for 37 per cent of all music sold.

Which is why Dylan Liddy, manager of Australia’s most downloaded act, Adelaide hip-hop group the Hilltop Hoods, was able to tell the Herald, ‘We are tremendously successful in the digital world. We have a lot of people downloading from various retail sites, legitimate retail sites, and that has done very well for us in the last couple of years. Our fan base is very tech-savvy and very online-savvy so it goes hand in hand. But it also goes hand in hand with the overall market which is moving towards a lot of digital sales as well.’