This time around, it looks like Barack Obama’s social media strategy could backfire 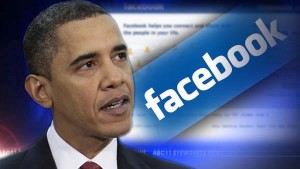 There is a widespread perception that Barack Obama owes his presidential victory in 2008 to a skilled, concerted social media campaign. The Message has already reported how the president’s team plan to unleash the ‘Holy Grail’ of digital campaigning.

Only, it turns out that said Grail may be more of a chipped, stained coffee mug found lurking in the dusty, forgotten recesses of the office kitchen…

A BBC report reveals that Team Obama has embarked on a massive Facebook campaign. At first glance, it would seem it has been successful, with the number of likes increasing by a million a day, compared with about 30,000 a day in recent weeks. (At time of writing, 30,680,559 people like the president, while 3,200,317 are talking about him).

Those are the sorts of numbers most brand CEOs and social media content marketers would happily dance naked around the Washington Monument to receive, and yet not only do they not tell the whole story, but they also may be coming at a White House-costing price.

The Obama campaign has paid for ‘Sponsored Stories’ to appear in some users’ Facebook news feeds. The kicker, though, is that they appeal regardless of whether the recipient wants them or not. And therein lies the problem.

Users have taken to social media to express their irritation at being bombarded in such a way, with comments including:

It comes at a time when both Obama and his Republican opponent Mitt Romney are ramping up their online efforts. Both have taken to social media to present themselves to voters and while Romney stumbled initially, his online presence (like his performance in the recent presidential debate, which he was widely acknowledged to have ‘won’) has become increasingly confident. 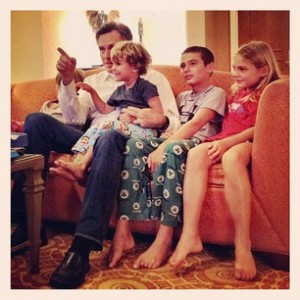 From posting cutesy family shots on Instagram to revealing his song list on Spotify, Romney (unlike John McCain four years ago) has more than matched Obama’s every social media move. That includes plastering social media – and even video games – with advertising.

Clearly, both candidates believe online ubiquity will help them win the race. However, research conducted by the University of Pennsylvania suggests otherwise.

The university’s School of Communications surveyed 1503 Internet-using US adults. The findings were significant, with 86 per cent saying they did not want to receive tailored political messages, and 70 per cent saying that seeing ads from a candidate would make them less likely to vote for that candidate.

‘The findings represent a national statement of concern,’ Professor Joseph Turow, lead researcher on the study, told the BBC.

It would seem that both presidential candidates have broken the golden rules of content marketing – that people don’t want to be sold to, they want to be engaged with through good use of content.

Four years ago, Team Obama seemed to understand that. Losing sight of it this time around could well cost them the election.