The Apple vs Samsung patent ruling should ultimately benefit consumers 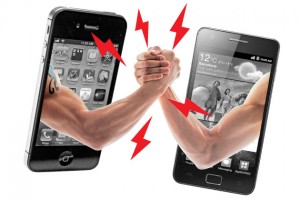 Although Samsung may have won the battle when a UK judge ruled its Galaxy tablet did not violate Apple’s intellectual property, it looks like Apple has won the war.

Last week a US court found that Samsung had wilfully infringed several of Apple’s design and software patents relating to Smartphones and tablets. As a result the South Korean firm has been ordered to pay Apple over $1 billion and now Apple has filed a court request to ban eight Samsung mobile devices.

Although Samsung has privately acknowledged that the jury’s finding is ‘absolutely the worst scenario for us’, the reality is probably not so serious. To begin with, we can expect Samsung to appeal the amount of the payment and, because the proposed ban only impacts older Samsung products rather than the mega-selling Galaxy SIII and Galaxy Note, sales in North America are unlikely to be affected too greatly.

And from a consumer perspective, the ruling is likely to be beneficial and Samsung is now forced to be far more creative, providing more choice at, ultimately, less cost.