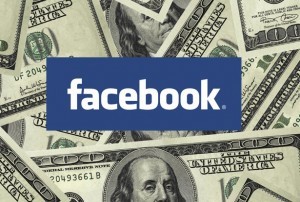 From college-room project to the world’s most valuable company in just eight years – it’s been quite a journey for Mark Zuckerberg and Facebook. Along the way there have been allegations of rivalry and theft, but the public doesn’t seem to have cared one jot.

Some 900 million of us now use the social networking site – all of us, in our own way, content producers. And so many people were interested in getting a piece of the action that it was announced earlier this week that an extra 25 per cent of shares would be up for grabs.

And now we have the official announcement that will end weeks of speculation. Some 421 million shares are up for grabs at US$38 each, which values the company at $104 billion overall and will raise $16 billion for Facebook when trading will start in New York today.

Analysts like the BBC’s Rory Cellan-Jones believe ‘shares will rise as small investors rush to get in on the act.’ However, a note of caution is added in all the excitement: ‘The real question… is whether in a year’s time Facebook will have started to deliver the huge growth in profits that shareholders will expect.’

Shares, but no say

And the real kicker with the IPO is that shareholders will have hardly any say in how the company is run. The shares on offer are ‘A’ shares, offering one vote per share. The current owners (Zuckerberg et al), on the other hand, own ‘B’ shares, guaranteeing 10 votes per share.

Together the current owners control over 96 per cent of the votes, with Zuckerberg alone with just under 56 per cent of voting shares, guaranteeing him the last word. 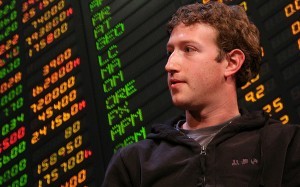 So buying shares in Facebook is going to make the company’s founders and original investors (who include U2 frontman Bono) very, very rich, but it’s not going to bring any influence on future dirtection.

Of course, the majority of people invest to make a buck (quick or otherwise) rather than to have a say on how a company is run. But there is speculation that making money may be easier said than done once the hype has died down.

Victor Basta of Magister Advisors told the BBC: ‘Facebook will need to generate annual revenue of $30bn to $40bn in order to justify the likely valuation of the business. This is a tenfold increase over the revenues that it currently generates. The question is ‘where from?”’.

Advertising is being touted as one answer. As The Message identified back in February, Facebook sees its principal business as advertising. However, there are doubts that the current model offers value for money.

In addition, Facebook will be competing for the online advertising dollar with the likes of Amazon, Apple and Google, who you can bet have got strategies in place to secure/increase their slices of the pie.

The other danger for Facebook is that is perceived by the 900 million people who use it as being all about the user experience – which appears to contradict Zuckerberg’s view of it. Can the company up the advertising ante without spoiling the end experience and alienating users?

If it can, it should be able to keep growing and meet shareholder expectations – even in a time when many are starting to question its longevity. If it can’t, users will find some other social network to engage through and Facebook’s appeal to advertisers will drop faster than you can say ‘MySpace’.

And if that happens, the $100-billion-dollar company will have become a very expensive mistake.