It’s amazing how social media has become such a big part of our world. Even the simplest of things are now related to our online lives.

You’d be lying if you said you had never told someone to leave you a message on Facebook, or to tweet you rather than to text you, or to post a certain image on Instagram. Sad but true: today’s society relies heavily on different online platforms to communicate with one another, rather than doing it face-to-face. And while this may sound like a growing society of the internet dependent, this also means that social media marketing is the way to go. If you’re rich, or a hell-of-a-genius, you can go for the ultimate: create your own social networking site. 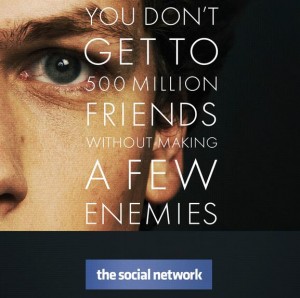 Remember the film “The Social Network”? Remember how the (uncertified) father of social networking Mark Zuckerberg started his little experiment? Yes, it started in his dorm room with a tiny computer and a magnitude of intelligence. Well, that’s how the movie showed it anyway. But look at Zuck now, he’s the bee’s knees! He’s got millions of friends and followers, at least on Facebook, and has billions of dollars in his pocket.

Interestingly however, Mr Facebook himself has also been in the business of copying ideas. Again, remember how he took the idea of the Winklevoss twins and made it his own? Well, Zuck didn’t end the copying there. In an effort to keep the $$ coming his way, he also copied ideas from other sites. His most recent and obvious replication: Twitter’s “Hashtag” feature.

What is a Hashtag? 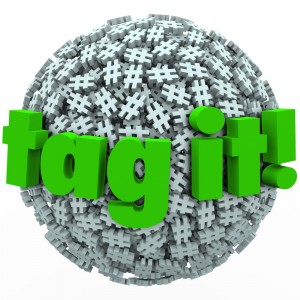 For the easiest of definitions, a hashtag is a word or a phrase that is affixed with the pound sign “#”. It was first used in IRC (Internet Relay Chat) but has since grown in popularity after being used on Twitter.

Initially used as a form of metadata tag, much like SEO terms, it has now been used to tag and easily search for tweets on the same topic. Try searching for “#Google” on Twitter and you’ll find all tweets related to the subject with the same hashtag. You can also click on the hashtags and it will automatically redirect to a list of tweets that use the same tag.

However, since it grew in popularity, people have started using hashtags for almost everything. From tagging to becoming the word-form of emoticons (e.g. #FeelingHungry, #ForTheWin, #ImDead), to starting a movement or a revolution (e.g. #WeWantJustinBieberinBrazil, #LetsGoMiami). Actually, you can use hashtags for #AlmostEverything!

Facebook has now adapted the hashtag. In an effort to stir user engagement, the site announced to the world that these tags are now clickable on the site.

According to Facebook Project Manager, Greg Lindley “Starting today, hashtags will be clickable on Facebook…when you click on a hashtag in Facebook, you’ll see a feed of what other people and pages are saying about that event or topic.”

Mashable has also revealed that Facebook is working on the concept of Trending Topics, another unique Twitter feature. The networking site also incorporated the “@” mention system to its site, as well as verifying accounts which are all Twitter features.

Who knows what the site will be adapting next.