If you relied on TweetDeck to keep up with your Facebook newsfeed you might be disappointed to learn that TweetDeck has dropped its support for the popular social media site. That’s if you haven’t noticed already.

TweetDeck’s strategy to focus on Twitter exclusively should not come as a surprise to many users after Twitter bought the company back in 2011. While many saw it coming, others were simply not ready for the assumed chaos. 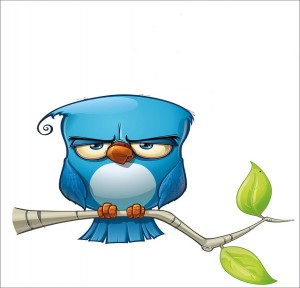 Reactions were, as predicted, dramatic.

“What? TweetDeck will no longer support Facebook (or vice versa?)? What’s the point of TweetDeck, then?” another user said.

Jenny [email protected] said “Why would I use @TweetDeck anymore if it can’t support @facebook? I need to manage all my accounts in one place, not just Twitter!!”

Yes, Drew, there are suggestions. Facebook users have lost TweetDeck, so now what? Don’t worry there are a lot of apps out there that function like TweetDeck.

HootSuite – This dashboard app, available in freemium and premium versions, lets users keep in touch with relationships and persons of interest on multiple online platforms at once like LinkedIn, Google+, Foursquare and MySpace. One of its best features is a scheduling system that allows users to set posts for future sharing, so as long as you’ve programmed it, it gets sent even if you’ve forgotten about it.

Even the freemium version allows users to manage up to five different social media accounts and talk with others on the HootSuite platform. This app is available for iPhone, iPad and Android users.

One of its more interesting features is that it can let you add filter, effects and captions to photo attachments. They also have “Zip it” which allows you the option to hide the tweets of troublesome followers without unfollowing them. It also has Long Tweets that lets users send over 140 characters.

Ubersocial – With Ubersocial online platform you can create a favorite users list and make sure you never miss tweets from them, no more combing through the mess just to find the ones that matter most. You can also manage several accounts.

You can also set the theme for your menu, it does not matter if you want loud colours, nature pics, motives or celebrities. UberSocial also supports images and videos from twitpic, mypict.me, yfrog, pic.gd, tweetphoto.com, lockerz, Flickr, mobypicture, twitvid, twitgoo, twitsnap, imgur and Instagram.

Yoono – This sidebar browser is only compatible with Windows, Mac and Linux, it also comes as a Mozilla Firefox add-on. While it is still available for download, its developers do not seem to be adding any more features to the app. It has also been discontinued for the iPhone and never made available for Android.