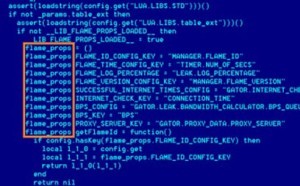 News that malicious content in the form of a powerful new computer virus has been infecting government-controlled computers across the Middle East will have come as no surprise to anyone who read The Message’s story from August last year about the rise of cyber-warfare.

Known as Flame, it is believed the virus has been infecting computers for around five years and, according to cyber-security experts Kaspersky Lab, was probably built by the same nation – an important word in the context of the story – that commissioned the Stuxnet worm that crippled Iran’s nuclear program in 2010.

Given that the computers target are found in Iran, Israel, Sudan and Syria – all countries viewed with, at best, suspicion by the West – it is small wonder that, as with Stuxnet, fingers of blame are being pointed at Israel and, particularly, the United States.

US authorities have so far declined to comment specifically about Flame, which is said to share similarities with Stuxnet but is about 20 times more complicated. Significantly, however, the US government explicitly stated for the first time last year that it reserved the right to retaliate with force against a cyber attack.

Which certainly lends credence to the research, first carried in the New York Times in January 2011, claiming that in 2004 US President George W Bush authorised a joint program with Israel to undermine Iran’s perceived attempts to build a nuclear bomb. The program was then reportedly accelerated by Bush’s successor, Barack Obama.

Is the US responsible?

Since Flame’s discovery, Reuters has reported that the UN’s International Telecommunications Union plans to issue a confidential warning to its members telling them that the virus is a dangerous espionage tool that could potentially be used to attack critical infrastructure. The agency’s cyber security coordinator, Marco Obiso, said, ‘This is the most serious warning we have ever put out… I think [Flame] is a much more serious threat than Stuxnet.’

Although speculation is always a dangerous game, it will surely not come as a great surprise to anyone if the US is ultimately discovered to be responsible for Flame, Stuxnet and any other as yet undiscovered viruses currently doing the rounds in ‘rogue states’.

But here’s some food for thought… History teaches us that the attempts by a foreign power to influence/control the affairs of another country never work. The US and UK tried to do just that in the Middle East (not to mention Afghanistan) post-WWII – and look how that has turned out.

‘Friendly’ forces have become implacable foes, so what happens if/when the viruses – like the people used before them – suddenly decide to operate to a different agenda.

Is it a science-fiction scenario or an actual crystal-ball moment?