God save the painted Queen 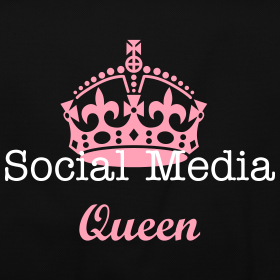 Queen Elizabeth II’s Diamond Jubilee celebrations are, of course, big news. In London, millions have lined the Thames to watch the barge procession, while hundreds of thousands more gathered around Buckingham Palace last night (4 June) for a concert featuring the likes of Elton John, Paul McCartney and Kylie Minogue.

Footage of the events have been beamed around the world, to an estimated audience of billions. But in terms of social media content, the jubilee seems to have been rather overlooked – save for Stephen Fry taking to Twitter to bemoan the BBC’s ‘appalling’ coverage of said events.

In online content terms, it’s a far cry from little more than a year ago when social media was, literally, all a-twitter for the Royal Wedding. Admittedly, celebrating the love of two delicious-looking Gen Yers is far more appealing than marking the 60th anniversary of dear old Betty’s accession to the throne. After all, in the real world, what would you rather do: attend a fun wedding or the long-service party of octogenarian great-grandmother? Nevertheless, the results have been distinctly underwhelming.

Do social media users care about the monarchy?

An official Twitter account set up for the purpose of keeping people informed about celebrations has attracted a paltry 1350 followers, while social media attempts to jump on – and cash in from – the bandwagon. For example, Wycombe District Council has embarked on a Facebook campaign that name-checks both the Jubilee and the upcoming London Olympics.

All of which proves what, exactly? That social media and online content is a young person’s preserve and the lack of it relating to the jubilee suggests that it’s only the oldies who believe Her Maj remains relevant in this day and age? The TV images certainly suggest otherwise, with young and old alike clearly getting into the patriotic spirit in London.

Or perhaps it just shows that the content relating to the jubilee – worthy as it may be – simply isn’t enticing and engaging enough (meaning whoever is responsible for it has failed Content Marketing 101).

Either way, celebrated and anonymous British graffiti artist Banksy (who has literally turned content marketing into an artf orm) seems to have spray-canned his way to a solution that, in a stroke, encapsulates the best of British – from pop culture to venerable institutions. Let’s just hope Bristol City Council saves this painted queen…