SMS is 20. To mark the occasion, The Message looks back at some historically significant texts and assesses the future of messaging 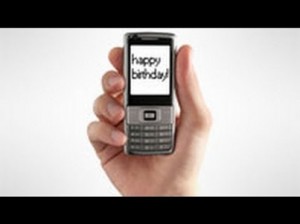 It certainly doesn’t feel like 20 years since the first text message was sent. Granted, that’s probably because, in Australia, it was only in April 2000 that it became possible to send and receive texts to our collective hearts’ – and carriers’ – content (originally, it was a strictly intra-network proposition).

But still, 20 years of instant peer-to-peer content dissemination is good going, and it’s not drawing too long a bow to suggest that the success of SMS not only helped pave the way for social media, but also helped change how people chose to receive their information. SMS made short and sweet sexy, and that remains the case today.

According to Telstra, 12.05 billion text messages were sent on its network this year. That’s a phenomenal amount and yet the signs are that SMS is unlikely to see another 20 years, as Smartphone users are increasingly turning to free messaging apps like WhatsApp (not to mention Viber, BlackBerry Messenger, Apple iMessage and Facebook Messenger) as a personal content-sharing platform.

The Sydney Morning Herald reports that 10 billion messages were sent by WhatsApp users around the world in one day earlier this year. So although Australia seems to be bucking the global trend by seeing an increase in the numbers of SMS and MMS sends, chances are we are currently at the apex of the texting universe and the end, when it happens, will be quick.

Already, advances in predictive text technology have seen abbreviations – once so beloved of texters – gradually disappear, so before SMS goes the way of the VHS, let’s take a moment to recall some of its highlights (and lowlights)…