Here is the YouNews 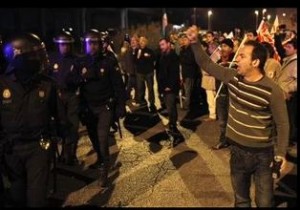 In yet another blow for traditional media, YouTube has staked its claim as a serious news site by enabling users to upload clips with blurred faces ñ in the same way that news organisations do in some television reports.

YouTube already attracts four billion views a day to its motley collection of videos, and while many of them can be classified as ëentertainmentí, the Google-owned site is recognising how many people are now turning to it as a source of news ñ and how much of that news is being produced by ëcitizen journalistsí.

As a result of last yearís Japanese earthquake and tsunami (footage of which was viewed 96 million times in a week on YouTube) American think tank the Pew Research Center has instigated a 15-month study of the most popular news videos on YouTube. The results are instructive.

The centre concluded that ëat any given moment news can outpace even the biggest entertainment videosí, with news events (like the tsunami and the killing of Osama bin Laden) the most searched items in four out of the 12 months of 2011. Furthermore, 39 per cent of news videos were uploaded by ëcitizen journalistsí ñ in keeping with the peer-to-peer nature of social media that makes it so appealing to so many.

And while the centre points out that more people still receive their visual news from television at present, it may not be long before that changes.

Clearly, YouTube wants to be ready for such a viewing shift, with Amanda Conway, policy associate at YouTube, telling The Australian: ëYouTube is proud to be a destination where people worldwide come to share their stories, including activists. We hope that the new technologies weíre rolling out will facilitate the sharing of even more stories on our platform.í

Although the ability to blur faces at the click of a button is still in its infancy, with Ms Conway pointing out that the ëemerging technology… sometimes has difficulty detecting faces depending on the angle, lighting, obstructions and video quality [meaning] itís possible that certain faces or frames will not be blurredí, the possibility will definitely appeal to those ñ like activists ñ who would prefer to remain anonymous for various reasons.

Moreover, it enables citizen journalists to capture events and hide the faces of those featured, reducing the potential risk of legal action down the track. Itís an intriguing development…