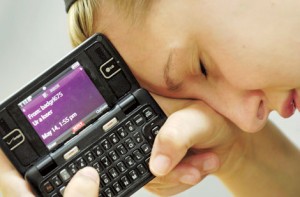 The traditional media loves a cyber-bullying story, and while cynics may argue that the level and tone of the coverage owes much to the Fourth Estate’s desire to put the young interloper that is social media in its place, the ubiquity and scope of online content and social media channels make the issue impossible to ignore.

The issue reached its peak following the suicide of a young Rutgers University student, Tyler Clementi, whose college roommate posted a secretly filmed video on YouTube of him having sex. With so much of the sad saga played out via social media channels – from the initial video posting, to the offending roommate tweeting his intentions to repeat his actions, to Tyler’s chilling suicide note on Facebook – there is no doubt that social media was a main agent in the whole affair.

Because of its reach, cyber-bullying can have a devastating impact on a young person’s life. A schoolyard bully has limited scope within which to humiliate and torment, but an online bully can seem unstoppable. The immediacy and sheer reach of social media means that the reactions to being embarrassed on such a forum are equally exaggerated. It’s bad enough to feel like your whole school is laughing behind your back, but the whole world?

But while social media and online content have the potential to inflame and multiply the effects of bullying, they can also be successfully harnessed to provide a solution to the problem. 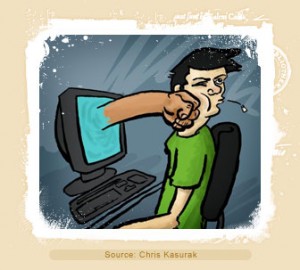 Several organisations are already doing just that, with MTV launching Draw Your Line, a visualisation tool that encourages young people to take action against digital abuse and share these actions and tips with others. The tool is part of A Thin Line, an organisation dedicated to decreasing digital abuse and bullying, and protecting children and young adults from the dangers of an increasingly online world.

Closer to home, the Inspire Foundation, an Australian youth organisation, runs Reach Out, a program designed to improve mental health and increase general wellbeing among young people. Understanding the world in which its audience moves, the program makes heavy use of social media, with blogging platforms, an online community and a highly interactive website that targets everything from young people dealing with mental illness and alcohol abuse to home problems and cyber-bullying.

It is a prime example of the ways in which the same channels that have enabled cyber-bullying weapons can be used to successfully counter it. The Australian Government has also sought to address the issue through its cybersmart website and dedicated YouTube channel.

Social media is a conduit through which society operates. Of itself, it is neither ‘good’ nor ‘bad’, but it magnifies the good and the bad that exists – and has always existed – in society. The fact that it is successfully being used to counter something as insidious as bullying is surely a good thing.