If you can’t beat ’em 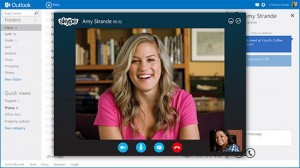 Eight years is a long time between drinks. And as anybody who owns a computer or Smartphone knows, it’s an even longer time between updates. For most of us, a pop-up letting us know that there’s a newer, better, safer, faster version of n existing program is a regular occurrence.

Yet believe it or not, it has been eight years since Microsoft (which happily updates Office on a weekly basis) last updated Hotmail. Now, though, the software giant is making up for last time, because it is not simply updating its webmail service, it is overhauling and renaming it. So farewell Hotmail (1996-2012) and hello Outlook (2012-?).

The change has come about in part because Microsoft wants to prevent Google’s Gmail taking any more of its market share, but also because, as Chris Jones, Corporate Vice President of Windows Live put it in a recent blog post, ‘a lot has changed in the last eight years, and we think it’s time for a fresh look at email’.

One of the most significant changes has, of course, been the rise and rise of social media. Individuals are now content creators, companies are now publishers, and Microsoft has recognised that email needs to keep up with the times.

So as well as automatically detecting mass messages (like newsletters, offers and social updates) and placing them in customisable folders, Outlook also lets users link up with their Facebook, Twitter, LinkedIn and Google+ accounts, and chat online via Facebook.

Not surprisingly, Outlook also allows easy use of Microsoft’s existing Internet products, including Office Web Apps and SkyDrive. Currently in preview mode, the full service will have Skype video chat as a built-in feature.