I’m not in the Mood for your Anger

I have been in the speaking business since 1985 and heard some atrocious stories of poor customer service over the years but I had an experience on my recent family holiday that is up there with the best of them.

My wife, two children and I spent a week at a five star Australian hotel that was part of a respected chain of hotels. As a hopelessly addicted golfer, one of the value add-eds of this hotel was a shuttle transfer to and from a nearby golf course and I arranged a couple of games before I went.

On the Thursday I was dropped at the golf course and told to ring from a certain phone to go straight through to the porters and they’d come and pick me up. I had a lovely game of golf and was in a good mood but looking forward to getting back to the hotel for a swim and to see my family.

I rang from the special phone and after a couple of minutes of hearing it ring I looked at my watch to see how long it would take to get through. It took five and a half minutes (that’s a lot of rings) and the polite lady said she would send a shuttle to pick me up straight away.  I had a drink, read a bit while waiting but after 28 minutes there was no shuttle so I rang back. I was on the line for EIGHT MINUTES with no answer so I hung up the phone and rang the hotel’s external number and after teleprompting I was put through to reception. 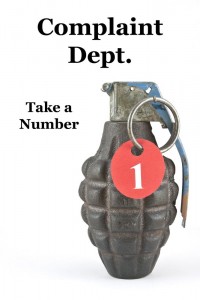 I had been waiting again for over four minutes with no answer when a staff member of the golf club asked me how I was going and could he do anything to help. I explained the situation briefly and this nice young man said he’d just finished his shift and would drive me back to the hotel which he did. He explained the hotel used to own the golf course but didn’t anymore and he’d seen quite a few angry customers waiting a long time for shuttles back to the hotel. I thanked him profusely for the lift and told of my experience to a person at reception. He asked if I wanted to see a manager and I told him I wasn’t interested in making a complaint, I just wanted to enjoy my holiday but I had arranged to play golf again on Saturday and didn’t want to have the same experience again.

Saturday comes and another enjoyable day on the golf course. I ring for the shuttle back and this time I wait six and a half minutes on the phone before I get through to the porter. He tells me he will send a shuttle straight away and I say to him “before you get off the phone, I need to tell you what happened on Thursday because I really don’t want that to happen again. I begged him to come soon or please send someone in the next ten minutes.” When he arrived I thanked him for coming to pick me up and told him I wasn’t angry at him, I was angry at the system that made me wait so long without the phone being answered.

He said “I’M NOT IN THE MOOD FOR YOUR ANGER. I have 1000 guests at the hotel to look after, not just you”. I said “I am one of those guests and I think I have been treated really badly”. He told me he thought I was overreacting and I should “chill out”. I asked him if he’d done the training offered by his hotel and did he learn anything about empathy. He said he’d done lots of work on empathy and I told him I thought he’d failed in that area.

He told me I could take it up with his boss if I wasn’t satisfied and I told him I’d like to do that. His boss sat with me and did everything right. She apologised and said that she was embarrassed by the behaviour of the porter and said she would report this experience to the GM and would make sure things were changed. I gave her my business card and said that I wasn’t after any compensation or free gifts from the hotel, all I wanted to was to hear back from her that she had spoken to the appropriate people and no other guest of the hotel would be treated that way.

She promised sincerely she would.  I never heard from her!  I will never spend my money to stay at the hotel again and if my clients ask me my opinion about holding their conference there, I will encourage them to choose another venue.  The hotel let me down in three separate ways and each way was worse than the one before. 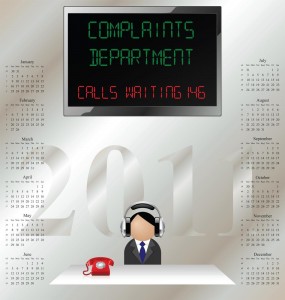 Firstly, all businesses have action standards for answering the phone. Some business like to answer within three rings, some within five rings but five minutes; eight minutes; six minutes; and four minutes, which are all over 100 or 200 rings, is just ridiculous. Remember, this happened four out of four times, it couldn’t be claimed to be a “one off” aberration.

Secondly, “I’M NOT IN THE MOOD FOR YOUR ANGER” may be an appropriate statement for a boxer or a wrestler but it is NEVER, EVER appropriate in business, especially in the “hospitality” industry where the word “hospitable” means friendly and welcoming to guests. The porter was so out of line I suggest that he should never have chosen a career in the hospitality industry.
Thirdly, the rooms manager, after doing everything right face to face, was the worst of all because she never came back to me after promising sincerely that she would and that is my last impression of the hotel and influences my perceptions, the stories I tell other people and was the trigger for me writing this article.
Here’s what the hotel could have done even if they weren’t able to change their phone system.
Ideally, after a senior manager was told about my experience on Thursday by the fellow at reception, he could have called me in my hotel room and apologised and told me it wouldn’t happen again on Saturday and he could have given me his mobile number and said if you can’t get through on the direct line call me and I’ll make sure a shuttle gets to you straight away. 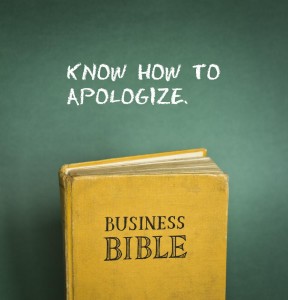 I would have walked away telling people of the bottle of wine and the good attitude of the porter rather than the miserable experience I had suffered.
But even if none of these were done, a simple phone call from the rooms manager telling me of the action she had taken to reprimand the porter and look at the system from a guest’s perspective so that what happened to me won’t happen again would have been appreciated.

I wouldn’t have been thrilled but that would have pacified me and stopped me telling negative stories about this hotel. But what I got instead was inconvenienced by a system; insulted by a staff member; and ignored by management. If you are looking for a recipe for corporate bankruptcy I think INCONVENIENCED; INSULTED; IGNORED would be about as good as you could get.

What I find amazing in this day and age is how few companies have their staff trained in the skills to deal with complaints. I appreciate it may be hard for a small business to justify investing in training in this area but even this international hotel group is not getting it right and if they have made the investment in training in this area, it is patently not working.

When a customer complains he(she/they) wants three things: They want to whinge without being interrupted; they want acknowledgement of their inconvenience; and they want to know what you can do, not what you can’t do.

Let me give you a real world example of the difference this can make to profitability.

Quite a few years ago I ran some seminars for a company called Pierlite who sell professional lighting solutions. Their policy was that if a delivery didn’t arrive on time via road train and the client complained, they would airfreight the delivery the next day. This was a very expensive exercise because the cost of airfreight almost always took away all the profit on the job.

I taught the front line people the basics of complaints handling. Let the customer whinge without interrupting them. Then apologise for the inconvenience they have been caused (an apology for inconvenience caused is not a legal admission of liability, it is an empathy statement) telling them you understand how that has affected the running of their business. 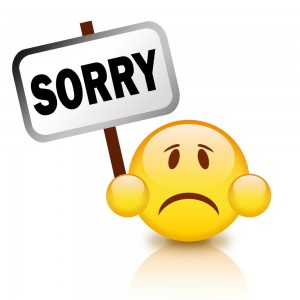 Then, instead of agreeing to airfreight the job the next day, I got them to ask the customer (after pacifying them) “what can we do to put it right?”
It turned out that over 80% of the clients did NOT need the delivery airfreighted the next day, they would say things like “just make sure it doesn’t happen again” or “make sure it’s on the next road train” or “tell the dispatcher he’s a dickhead”.

Pierlite arranged for the delivery to go on the next road train and with the top 20% of clients they included a nice bottle of red and a card from the customer service person saying “I am terribly sorry you were stuffed around, I hope you’ll accept this bottle of wine with our compliments as our way of saying sorry.”

Two things happened that affected profitability.  They saved airfreight costs in over 80% of cases of complaints. And they picked up referral business from word of mouth because their competitors, who also made mistakes, did nothing to pacify and acknowledge their customers when they got it wrong and some of them moved all their business to Pierlite.

Martin Grunstein is this country’s most in-demand speaker on customer service. He is contactable on 0414 933 249 or through www.martingrunstein.com.au