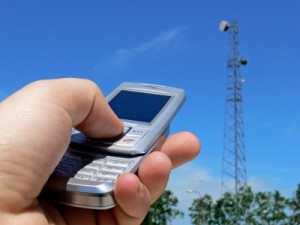 Mobile phone jammers have been in the news of late, and now the Australian Communications and Media Authority (ACMA) has revealed the full extent of their popularity in Australia.

Between 1 July, 2010, and 31 December, 2011, the ACMA confiscated 279 jamming devices. In addition, the Australian Federal Police sized 13 jammers between May 2011 and February 2012, stating: ‘Of the… 13 seized devices, 12 persons were cautioned for using a mobile jamming device subsequent to the Radio Communications Act 1992.’

Jammers hit the headlines earlier in the year after a Philadelphia man used such a device to create a mobile phone ‘dead zone’ on his bus whenever his fellow passengers started talking too loudly on their phones and began to annoy him.

‘I guess I’m taking the law into my own hands, and quite frankly, I’m proud of it,’ said the man known as ‘Eric’.

Many of us can empathise with Eric’s actions, having been subjected to antisocial usage of mobile phones, from too-loud conversations to OTT music blaring. But as ACMA executive manager Mark Loney pointed out in a recent op-ed, those sorts of actions ‘put every one of us at risk’.

Jammers prevent calls being made to emergency services, which could have fatal consequences. Worryingly from a safety point of view, Loney says that ‘it is not only phones that are currently within the vicinity of a jammer that are affected. Those phones that have been within the vicinity of a jammer but have moved on may not operate still, and may have to be reset in order for them to work again. So even though the phone may have been jammed on one side of town, by the time you reach the other side, it may still not be working’.

The impact of jammers on content creators and marketers 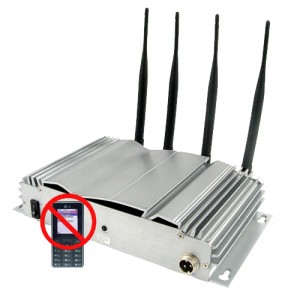 For content creators and marketers, jammers pose a different but still significant risk in that they can prevent that content being accessed on the go, potentially leading to a loss of income. As some jammers – which work by disrupting the communication between a phone and the phone base station in the signal-providing mobile tower – can operate with a radius of up to eight kilometres (about double the size of the Sydney CBD), that could have a significant impact.

As Loney says: ‘People in public places are increasingly using PDAs and tablets for work purposes, communication or entertainment. Yet jammers disrupt their operation as well.’

Loney points out that there are stiff penalties (up to five years in prison or a $550,000 fine) for anyone who operates, supplies or possesses a mobile phone jammer. However, media reports suggest that their use is growing in this country.

Of course, media reports can be misleading – especially where ‘hot topics’ are concerned and a disproportionate number of people are being found to recount their experiences. So are you concerned about mobile phone jammers and their impact on your personal safety or ability to do your job? Or do you think this whole issue is a media-created storm in a teacup?