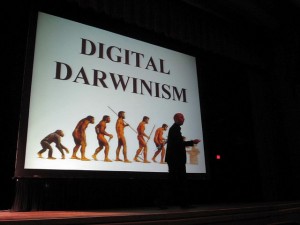 We’re entering a new phase in this big wide world of ours, and it could just be a case of us being too smart for our own good.

Mathematician and computer scientist Vernor Vinge has a theory. He’s popularised it in his many science-fiction novels and novellas, including A Fire Upon The Deep, which won a Hugo Award. This theory is one of ‘exponentially accelerating change’, which means that the rate at which we advance technologically grows exponentially over time. Vinge predicts that in 30 years, humans will have the capability to create superhuman intelligence, at which point the human era will end. In other words, we’ll essentially innovate ourselves into extinction.

Think what you will about a sci-fi writer making wild predictions, but remember that many technologies we now consider commonplace were first introduced to the world through this very genre. So widely accepted is this fiction-becoming-fact fact that Samsung recently used a Stanley Kubrick film as evidence in legal proceedings to support its contention that Apple didn’t invent the iPad!

Anyway, whether or not we’ll drive ourselves into extinction through technical progress remains to be seen, but perhaps a more pertinent issue is whether technology is now too advanced for laws and regulations to catch up with it – which is a worry for content creators and content marketers alike.

The dangers of innovation 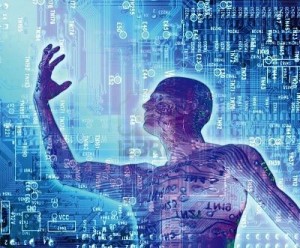 We see it with the never-ending changes to Facebook that leave us not quite sure on what we’re sharing, who we’re sharing it with and whether Facebook is really allowed to keep all that intel on us.

And we’ve seen it with the rise of peer file sharing, which has left the music and film industries scrambling to pick up the pieces, and legal ramifications like the US$675,000 fine copped by an American student who downloaded 30 songs.

The list of technological advances that far exceed the regulations and laws required to contain them is endless and, as Vinge predicted, growing by the day. On one hand, it’s a win for creativity over stifling bureaucracy, but on the other it’s a real risk, especially when you look at the ramifications for storing classified information in cyberspace – a concept authorities are only just starting to grasp, let alone police.

It remains to be seen how we’ll deal with the increasing capabilities of technology, but if recent history is anything to go by, there is no way we’ll be able to regulate as fast as we can innovate.