Just as content needs to keep evolving to stay relevant, so it seems do characters? 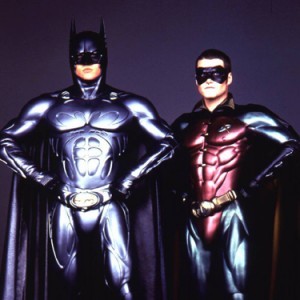 Two days ago, a slip of the tongue by DC Comics’ co-publisher Dan DiDio (which sounds like a suitably alliterative made-up name along the lines of Peter Parker, Bruce Banner, Louis Lane and Clark Kent, but isn’t – honest!) has sent a certain comic book-consuming section of the Twitterverse into, well, something of a twitter.

Blledingcool.com reports that DiDio a previously straight DC icon ‘will now be one of our most prominent gay characters’. Geeks (and we use the word in its new-found cool sense) around the world have installed Batman as the, um, hot favourite for being outed, with Wonder Woman a close second.

Of course, in this day and age it would be nice to think that a person’s – or, for that matter, a leather-clad superhero’s – sexual orientation could pass unremarked upon, but the way the topic is trending on social media suggests otherwise.

But in many ways the most interesting aspect of the story is the willingness of comic book writers and publishers to reinvent their characters and ensure that the content they produce stays relevant. DC is a prime example both in terms of how it is unafraid to reboot long-running stories like the Superman and Batman series and also explore different ways of disseminating its content, like digital media.

This willingness to embrace – or to at least try – new possibilities is one that all brands and content marketers (and any other content producers) would benefit from.