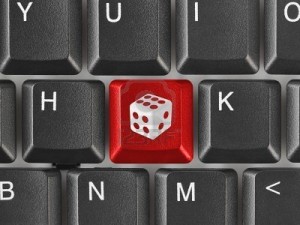 ‘A bad day for the Internet,’ tweets Alex Macgillivray, Twitter’s legal eagle, in response to the latest changes to Google’s search algorithm. Macgillivray’s recently posted tweet accuses Google of ‘warping’ search and, effectively, favouring – and therefore promoting – Google+ as it attempts to make inroads on Facebook’s monopoly of the social networking market.

Google’s argument is that people want their search to be personalised. So if they are looking for a holiday destination, for example, they could be shown photos their Google+ friends have shared in addition to the standard search-result pages.

Google Search has always been about finding the best results for you. Sometimes that means results from the public web, but sometimes it means your personal content or things shared with you by people you care about. These wonderful people and this rich personal content is currently missing from your search experience. Search is still limited to a universe of webpages created publicly, mostly by people you’ve never met. Today, we’re changing that by bringing your world, rich with people and information, into search.

Search is pretty amazing at finding that one needle in a haystack of billions of webpages, images, videos, news and much more. But clearly, that isn’t enough. You should also be able to find your own stuff on the web, the people you know and things they’ve shared with you, as well as the people you don’t know but might want to… all from one search box.

We’re transforming Google into a search engine that understands not only content, but also people and relationships. We began this transformation with Social Search, and today we’re taking another big step in this direction… 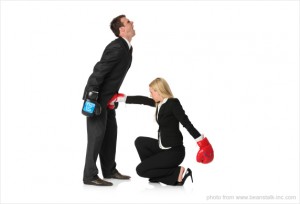 Given that the appeal of social media lies in its empowerment of individuals and giving weight to the opinions of peers rather than companies, there is some logic in Google’s argument. However, that counts for nothing with Twitter, who have issued a statement claiming: ‘As we’ve seen time and time again, news breaks first on Twitter; as a result, Twitter accounts and Tweets are often the most relevant [search] results.

‘We’re concerned that as a result of Google’s changes, finding this information will be much harder for everyone. We think that’s bad for people, publishers, news organisations and Twitter users.’

The root of this spat can be traced back to a 2009 agreement that allowed Google to offer a real-time feed of Twitter messages in its search results. However, that agreement expired in July last year, a month after Google launched Google+, which offers many of the capabilities available in Twitter and Facebook.

Google claims it was Twitter’s decision not to renew the agreement and who issued ‘rel=nofollow’ instructions. Twitter, on the other hand, clearly believes these changes are designed to promote Google+ while simultaneously counting against Twitter, Facebook and other social media sites.

There have been suggestions that the latest changes to Google’s search algorithm opens it up to anti-trust scrutiny for favouring its own services within its search results, and it is possible that this move is an attempt by Google to gain access to both Twitter and Facebook content.

Google chief executive Eric Schmidt certainly intimated as much when he told Marketing Land magazine ‘we would have a conversation with them’ about including Facebook and Twitter in their search results.

So whether the latest algorithm changes are part of a three-way power play between social media’s highest-profile players or a permanent adjustment remains to be seen. Either way, though, it raises some interesting challenges for content providers and any company looking to use content marketing as part of its promotional strategy.

If the Twitter allegations are correct, is that going to force companies to have a presence on Google+ as well as (or perhaps instead of) Facebook, Twitter, etc? And is it going to diminish the need for fresh, quality content as a means of not only engaging with customers but also of achieving the desired search-engine ranking?

The answer to the first is: watch this space over the coming months. The answer to the second is easier: quality content will always be required – for SEO and engagement. What the platform will be that hosts that content is another matter…