Is Samsung’s S4 a Disappointment?

The smartphone battle is almost reminiscent of World War II: bombs thrown at both sides of the opposing camps and each one working on artillery and armor that can blow off the other. And much like any warfare, each battalion is working towards only one goal: power.

As for the smartphones battle, power is that of a bigger market share. A bigger bite in the pool of consumers means more money!

This has exactly been the story of mobile phone manufacturers Apple and Samsung. Over the past years, the two companies have been on each others tail, trying to push the other off the running for the top spot in the smartphone market race. They have taken strides to work on customer acquisition and customer retention in the hopes of knocking off the competition. Their best effort, however, in winning this battle is by releasing new and more technologically forward devices.

Apple has led the smartphone battle for some time before Samsung took over the lead with its greater range of smartphone. Using a disti 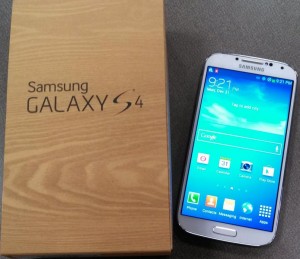 nct digital marketing strategy, the South Korean company has led the race by offering the market a distinct handset for every price range and demographic. However, it seems that Samsung is following the footsteps of its rival.

Samsung released its newest flagship smartphone, Galaxy S4 earlier this year, and so far it was received with open arms. Everyone in social media was raving about its new features, and the electronics manufacturing company continued to provide consumers with updates and highlights of the phones features on both Facebook and Twitter. However, the sales didn’t reach expectations.

According to Bloomberg, Samsung’s operating costs for three months which ended in June was at 9.5 trillion won ($8.3 billion). While this may post great numbers, it still fell short of the 10 trillion won that was originally estimated for the brand by more than 30 analysts. This also caused the stocks of Samsung to drop the most in a single month.
Now, investors are worrying whether Samsung has already reached its peak and are now on their way down. However, a Samsung share-holder doubts this analogy.

“Is Samsung’s smartphone story now over? Not quite yet. Its growth is indeed slowing due largely to disappointing sales of the S4,” Jung Sang-jin, fund manager at Dongbu Asset Management and Samsung share-holder, told Reuters.

“Yet I think Samsung has some exciting stuff up its sleeves. The problem is no one is sure whether these products can really wow investors and consumers.”

Reports also say that Samsung is not solely to blame for its slump, but that the market is already changing. According to, the high-end market is slowly becoming saturated and fewer consumers are choosing phones for their specifications as opposed to their price. The report also noted that a new niche in the smartphone market is slowly emerging, with users preferring low-end smartphones.

“This has typically been an area where Samsung has not been quite so successful,” IT Pro Portal wrote. “A growing demand from China for low-cost smartphones puts a little pain on Samsung’s profit margins.”

With all these in mind, Samsung should return to the drawing boards and get its mobile marketing strategies in full swing if it wants to keep its crown as smartphone leader.