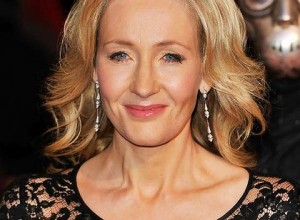 Love or loathe the phenomenon that is Harry Potter, you cannot deny that the books, films, websites, tweets, Facebook pages, blogs, posts and column inches the boy wizard has generated have been a content goldmine that has any self-respecting content creator both cheering and envying J.K. Rowling’s success.

From penniless single mum with an idea to one of the richest women in the world, Rowling’s personal journey is every bit as enthralling as that of her protagonist.

Now, though, she has announced that a new book, called The Casual Vacancy, will be published in September. Sensibly, her latest work is written with an adult audience in mind, which spares the inevitable comparison with the younger-skewed (but still eagerly devoured by grown-ups) Potter books. Said to be a ‘blackly comic, thought-provoking and constantly surprising’ novel, it is already a fair bet for being the biggest-selling book of the year.

As ever, Ms Rowling and her publishers are ensuring that her work reaches as many people as possible by releasing The Casual Vacancy in printed, ebook and audio formats. Whether it achieves the unprecedented success of Harry Potter is, of course, unlikely. But by trying something fresh and different J.K. Rowling is again showing what an astute content marketer she is by continuing to push herself and striving for success.

@TickYes
Back from the dead