Are technological advancements set to turn online, mobile and social media content into a 4D experience?

For well over 200 years (since around 1765, in fact, according to documented evidence), lovers in the first flush of courtship have agonised over whether to sign correspondence with a kiss – denoted by the letter ‘x’. Fast-forward two and half centuries to our modern age when texting and emailing remains a phenomenon and the question of who warrants an ‘x’ sign-off and who doesn’t has become a daily conundrum.

For many, especially females, adding a virtual kiss or kiss or two at the end of any sort of online or mobile correspondence has become almost automatic. So much so, in fact, that the ubiquity of letter ‘x’s flying around the telecommunication waves has rendered the sentiment behind them almost obsolete. For a seasoned virtual kisser, the omission of said letter speaks far louder than its inclusion. The kiss has become content we all too often ignore. 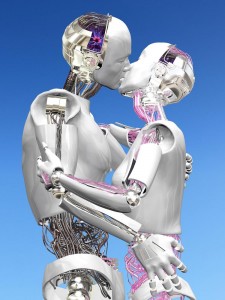 All this may be about to change, with new technology from the Kajimoto Laboratory at Tokyo’s University of Electro-Communications making it possible to experience the physical sensations of a kiss through a device that attaches to your home computer.

The receptacle is placed in the mouth and records the movement of your lips and tongue, which are then transmitted to the other receptacle which (hopefully) has the lips of your beloved wrapped around it.

Which takes the concept of ‘social’ media to an entirely new level.

‘The elements of a kiss include the sense of taste, the manner of breathing and the moistness of the tongue. If we can recreate all of those, I think it will be a really powerful device,’ said one of the researchers in an instructional video on how to use the technology.

Communications you can touch

The field of research that produced this technology is known as ‘tactile communications’, which may sound like something from a science fiction film, but could revolutionise the way we view content. 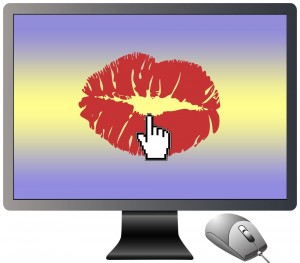 In many ways, the Internet commoditises content – or rather, it commoditises the means by which we transmit the content, which in turn changes the consumer perception of content.

Before Facebook, the need to ‘connect’ with others and to have a front-row seat in the lives of our contacts was rarely discussed. Yet its creation shone the spotlight on the concept, something we’ve embraced and enhanced through additional social networks such as Twitter, Flickr and Linkedin. The access Facebook provides to other people’s lives awoke the voyeuristic beast in us, and while the technology may fade and evolve, that need will remain.

The question, then, is what will these socially driven, technology-enabled changes mean for general content? Are consumer expectations going to be raised as a result of it? Has the notion of romancing customers through content just taken a twist?

@TickYes
The Internet of Things