In the online world, content is permanent – so you have to be careful what you say…

Last week, after Madonna was caught with her claws out at a press conference, the interwebs went wild and the video of the ‘superstar’ dissin’ hydrangeas went viral. Now, she has released a spoof apology video via social media, which aims to make light of the situation.

We feel the real victims here, however, are the innocent flowers caught in the centre of the controversy. As such, we’ve penned a response in their honour… 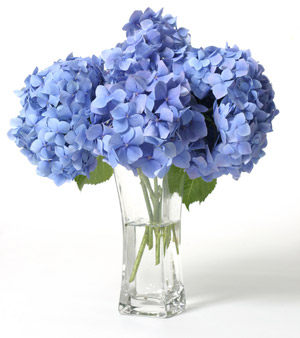 An Ode to Wasted Hydrangeas

Perhaps if the girl had been grateful
Shown some grace, or been flattered and girlish
Your cruel early death would not be in vain
And she wouldn’t have come off so churlish

But she muttered those four little words
Not knowing the mic was engaged
And with that, cast away was your worth
The world’s horticulturalists enraged

For who’s she to comment on the beauty of a plant?
This shrivelled, faux- British Madonna
For if she herself was to resemble some flora
It must certainly be Bella Donna

For toxic indeed were the songstress’ words
Notwithstanding the technical glitch
But Hydrangeas, never you worry about it
She’s nothing more than… high-pitched

@TickYes
From Famine to Feast