What content marketers can learn from print media’s mistakes 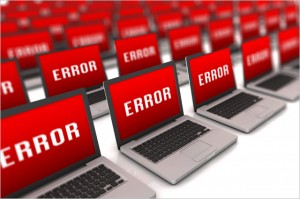 The Australian Press Council (APC) is a dinosaur – and a toothless one at that. Charged with regulating (or, more accurately, self-regulating) the content produced by the nation’s print media, it has long been criticised (most recently in the Finkelstein Report) for being under-resourced and slow.

And now one of the country’s largest media companies, Seven West Media, comprising the Seven Network, Pacific Magazines and West Australian Newspapers, has withdrawn from the APC and announced its intention to regulate itself.

And why shouldn’t it? After all, the APC is made up of – and funded by – publishing organisations like News Limited and Fairfax Media. So it is already a self-regulating body. Why should publishers, at a time of declining circulation and advertising revenue, spend significant sums of money to do what they can do themselves for nothing?

And yet, for businesses that produce content or use content marketing, the need for regulation remains. A commonly repeated theme in The Message is for businesses to start thinking of themselves as publishers – which of course means you can’t go around saying simply anything or making outlandish claims.

But with commonsense, and the help of experts in the field, self-regulation of content can become second nature.

@TickYes
We have the technology