Meme of the week

Tupac’s ‘resurrection’ is manna from heaven for content creators

Coachella has a reputation for blending technology and pure showmanship. It was the first festival to pioneer live streaming, something that has attracted an incredible amount of additional hype and publicity for the festival. Yet nothing prepared us for what was about to happen during Snoop’s set this year, when in the festival performance of the century, Tupac rose from the dead.

With so much online conversation revolving around the stunt (including a Twitter account from Hologram Tupac himself), it was inevitable that the memes would start to come thick and fast – which they did, with a surprisingly high level of quality.

Check out some of the ones made by clever online content creators in response to the holographic Coachella performance and subsequent losing of panties by everyone watching at home:

When doesn’t Star Wars work for a chuckle-worthy meme? 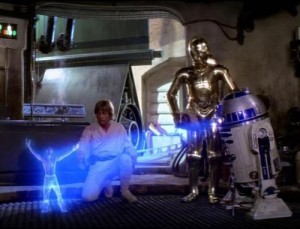 This might well have happened, had Kanye had time to react… 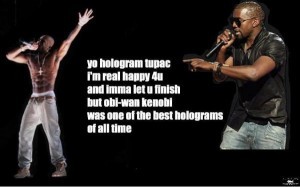 And if the Wiggles had only waited a while before replacing Sam, a whole new audience could have opened up to them… @TickYes
The money or your life