As if the smartphone market isnÆt saturated enough yet, Mozilla is looking to join the party soon…

According to several reports, the web browser developer will soon be rolling out its very own smartphone operating system, Firefox OS, as it looks to push its customer acquisition. This means more options for the ever growing number of smartphone consumers.

But what will make the Mozilla-powered phone better than an Android or an iOS?  MozillaÆs newest OS is set at an almost-unbelievable price tag of just $50, putting pressure on the two leading systems in the market. 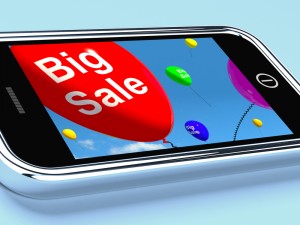 ōWe see huge opportunities in the emerging markets where the customers and carriers crave for affordable smartphones,ö Mozilla Senior Vice President of Mobile Devices Li Gong, said as reported by the Wall Street Journal. ōWe focus on the low-cost segment because it is underserved.ö

With this move, Mozilla is looking to focus on the 10% of people in the global smartphone market who are settling for cheaper phones. Gong notes that its goal is to get over 2 billion of its devices to first-time users in countries like China and IndiaŚnations with a growing number of smartphone users.

Foxconn is known for manufacturing hardware for Apple products like the iPhone and the iPad.

Working toward building a strong relationship with its clients, Mozilla has already started its digital marketing strategy by posting an open invitation to operators, developers and phone manufacturers on its website.

ōWeÆre enabling operators, phone manufacturers and developers to manage, customize and improve relationships with their customers directly through our mobile products: Firefox OS, Firefox Marketplace and Firefox for Android,ö Mozilla wrote on its site, followed by a ōPartner with Usö button.

Initially announced last February, the Firefox operating system also boasts of using HTML5 and other open web standards. With this, the OS is ōfree from the rules and restrictionsö proprietary online platforms its site noted.

According to Mozzila.org, Firefox OS offers:

ōOur Web-based mobile software is lighter and consumes less power and memory compared to Google’s Android and Apple’s iOS. It offers the same performance at a lower cost of hardware,ö the Mozilla VP said. ōAnother advantage is that Mozilla is a truly open mobile ecosystem. Our Web-based applications can run on any mobile devices, including iPhones and Android phones.ö

So far, 17 companies have also shown support to the company, promising to be carriers of the OS all around the world. Also, LG, Alcatel, ZTE and Huawei have already signed up to provide communication platforms of the system.

While the company continues to expand its campaigns to spread the word about Firefox OS, it will still be up to the consumers whether theyÆll purchase a $50 smartphone or not. So better do good Mozilla!

The Message is brought to you by Tick Yes ¢ providing solutions for all your digital and content marketing needs.