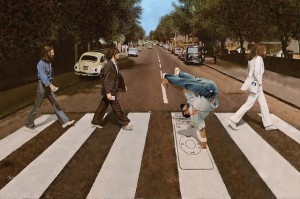 Music has been used in advertising since radio first became a popular medium. From bespoke jingles to well-known tunes, music has been identified by academic David Huron as serving five distinct but interlocking purposes:

In the last decade or so there has been a noticeable shift in the music component of adverts. Although the jingle still exists – Pizza Hut is a prime example – brands are increasingly using established popular songs with which to align their product. It’s called ‘synchronisation’.

In 2003, an article in The Economist identified the change, noting that ‘not long ago, rock stars would turn up their politically correct noses at the notion of using their precious songs to sell anything as crass as cars or cornflakes’. Now, though, it is seen as an important source of revenue for musicians in the age of iTunes and, more significantly, file-sharing – legal or otherwise.

Of course, getting the right song to promote your brand can be easier said than done. In this great piece from Ad Week, various music industry experts and insiders choose their five best and, far more entertainingly, five worst examples of synchronisation.

Such lists are obviously purely subjective, but for what it’s worth, here are The Message’s top three choices for the best uses of music as content marketing. Feel free to disagree – and to offer your own suggestions using the Comment facility below…

1234 by Feist for the Apple iPod Nano

Guaglione by Perez Pardo for Guinness