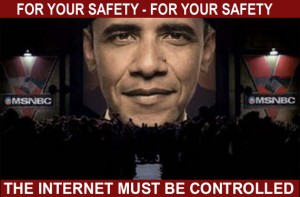 You may think the Internet is free and, in the West at least, reasonably democratic. The mere fact that a site like Wikileaks exists, that piracy, while illegal, is both possible and profitable, that transparency and freedom of speech are perceived as essential components of social media and even the fact that trolls are able to spread their poison (mostly) unchecked all points to a lack of control.

Indeed, you would be forgiven for believing that (as the Net’s creator, Sir Tim Berners-Lee, put it during the opening ceremony of the London Olympics) the Internet really ‘is for everyone’.

The Internet is actually controlled – and in effect owned – by the United States in the shape of a number of not-for-profit US organisations that oversee the Internet’s technical specifications and domain-name system. And although, as the BBC reports, those organisations ‘operate at arms-length from the US government’, they officially come under the control of its Department of Commerce.

Not surprisingly, other countries don’t think this is such a great system. Russia, for instance, would like to see the United Nations, through the International Telecommunications Union (ITU), have a far greater say in how the Internet develops in the future.

For its part, the US argues that ‘proposals by some other governments could lead to greater regulatory burdens being placed on the international telecom sector, or perhaps even extended to the Internet sector.

‘The United States also believes that existing multi-stakeholder institutions, incorporating industry and civil society, have functioned effectively and will continue to ensure the health and growth of the Internet and all its benefits.’

The issue is set to dominate December ITU conference, in which representatives from 178 nations have been invited to review the International Telecommunications Regulations, which haven’t been revised since 1988.

It will make for interesting debate, but for content creators the world over, the key issue will be whether any changes will help or hinder their work.