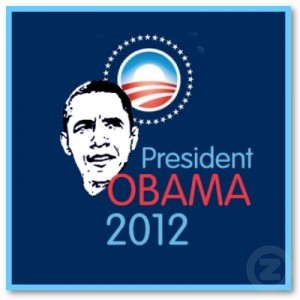 Four years ago, the use of social media for drumming up support, attracting donations and encouraging people to vote was credited as a key factor in Barack Obama’s successful bid for the American presidency. According to the Guardian, the 2012 campaign is going to set a new benchmark, with the president’s team of ‘tech gurus’ preparing to ‘unleash the Holy Grail of digital campaigning’.

This ‘secret weapon’ is called Dashboard and is ‘an online tool that the campaign hopes will vastly increase its ability to mobilise volunteers and potential voters across the US’. Theoretically, the information gathered from Alabama to Alaska should be available in real time to the Obama campaign bosses.

Over 100 statisticians, predictive modellers, data mining experts, mathematicians, software engineers, bloggers, Internet advertising experts and online organisers have been involved in the operation, which the campaign believes will ‘make a huge difference in how we organise for 2012’.

The Guardian reports: ‘The cutting-edge tool seeks to put in place what Obama’s digital gurus tried to achieve in 2008 but ran out of time and resources within that presidential election cycle. Its aim is to amplify the electoral impact of campaign organisers and volunteers on the ground by connecting them to each other in real time and to the central HQ through the internet.

‘The hope is that it will become the election equivalent of the Facebook games CityVille and FarmVille, where online participants cooperate with their social networks to run a city or manage a farm. In this case, Dashboard’s creators hope to bring the power of the social networking right to the doorstep of the American voter.’

It’s a great idea and, if successful, the people behind it will doubtless be lauded as visionaries. But what they call ‘secret weapon’ and ‘holy grail’ is simple social media marketing. We told you it was good!