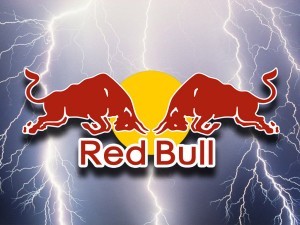 When you think of Red Bull, you’re just as likely to think of extreme sports as you are to think of the concoction that, when mixed with vodka, plays havoc with your social etiquette. This in itself is a major branding triumph, because, when it comes down to it, selling the drink on taste alone would have to be an uphill slog.

When it comes to hydrating properly for extreme sports, the last thing you want is a rapid spike in your caffeine levels followed by a crash. But with incredibly clever branding – much of which has been disseminated through a wide-reaching social media strategy – Red Bull has come to be synonymous with an active, adventurous lifestyle.

Not only does Red Bull know how to produce and embrace quality content, but it also knows how to reach its audience.

From the Red Bulletin (an online, iPad and print magazine published in eight countries worldwide) to the incredible snowboarding and surfing videos it produces, and on to the content posted on its Facebook page, Red Bull is consistent with its voice and message, and incredibly particular about maintaining high standards.

Check out the trailer from the latest Red Bull-produced snowboarding documentary The Art of Flight – a clip that has picked up over nine million views on YouTube:

When we tell you Red Bull ‘gets’ Facebook, believes us that it’s one of the best-performing brands using the site. It’s not just in terms of fans or likes, but in terms of generating a ridiculous amount of hype and online sharing.

From knowing how to say more with less to the specific tone and consistency that drives every aspect of their business page, the brand has managed to create a unique user experience. Which proves that it knows its target audience inside-out, and that the company decision-makers are drawn from that same audience – a huge advantage when you’re selling such passionate concepts.

Check out this presentation by John Beasley, former Head of Brand for Red Bull. His insights into social media marketing and what it takes to create quality and meaningful content for your online audience show why the brand has gone from strength to strength in the online space.