Is Your Social Media Strategy Off Target? 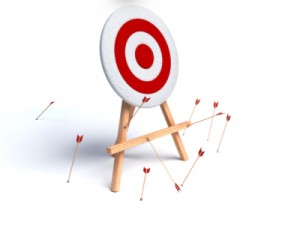 The mainstream media is currently full of it. Full of the news that Target, like Channel Seven, Qantas and others before it, have experienced a social media backlash, that is.

In this instance, it all started with a comment on Target’s Facebook page from a mother and primary school teacher Ana Amini that the retailer is selling clothes that makes young girls ‘look like tramps’. Other people – lots of other people – clearly agree with Mrs Amini, with her Facebook page attracting some 60,000 likes and 3000 comments.

All of which demonstrates the reach and power of social media, and the content disseminated through it. So why are commentators queuing up to imply companies should exit social media as the benefits of being on it are outweighed by the risks?

According to the Sydney Morning Herald, ‘Gabriel McDowell of Res Publica, an adviser to corporations on social media strategy, said recent missteps had been compounded by the wrong people running company Facebook pages.

‘Control should be taken from advertising and marketing agencies, who are used to pushing a message, and handed to public relations people, who are better equipped to deal with fallout. “Even though the social media process can’t be totally controlled, it needs to be managed,” he said.’

Fair point, you may think, until you realise Res Publica just happens to be… a PR agency! So the Herald has used a quote from a self-interested party to support the angle of its story. Talk about disingenuous.

The point of social media

Social media is not about public relations. Social media is about interaction, about engaging with customers. Yes, people may question or even criticise, but someone like Mrs Amini clearly felt she had a genuine point to make. And the fact that she made it has given Target a chance to consider her well-made points and address her concerns.

To say this ‘scandal’ is proof that social media has the potential to do far more harm than good to – and for – companies is completely wrong. Social media has empowered consumers, has given them a voice – and a collective voice – at that that demands to be heard.

Companies and marketers should always be listening to their consumers – it’s how you know if you’re doing the right thing by them and providing the products they want. So to get off social media or, worse, to simply view it as a means for scoring some PR points would be the worst thing possible.

Moreover, just because you may no longer be on social media doesn’t mean social media itself no longer exists. Consumers can still criticise you (or praise you, for that matter) on Facebook, Twitter, etc, but your absence from the conversation denies you that right of reply, that ability to say to people, ‘I’m listening, I’m hearing what you say, I understand your concerns and I’m going to do something about it.’

Technology may be evolving at an incredible speed, but people aren’t. Our innate human needs remain the same and one of them is that when we deal with people, we want to know that we matter to them, that we are listened to and that our concerns are heard. Social media lets companies do that by monitoring the conversation and engaging with people.

And there is now an extra reason to do that, with the ruling handed down last week that companies are responsible for the comments posted by others on their corporate Facebook page. So if someone has posted something racist, sexist, otherwise offensive or libellous, the company is responsible.

Monitoring social media has therefore become a necessity, so why not see this as an opportunity to engage through it. Accept criticism and ask others if they feel the same way (as they obviously do in the Target case) as a means of improving your offering to customers.

The content you create – in terms of responding to customer comments – can turn social media into your best friend. Running away from it, on the other hand, is a sure-fire way of making it your enemy.