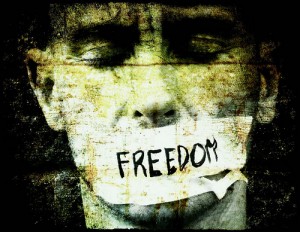 Governments are starting to fear it. Police forces and security agencies around the world monitor it. Here in Australia, Attorney-General Nicola Roxon wants to be able to access it pretty much whenever she (or the AFP or ASIO) feels like it.

The ‘it’ is free speech. Famously enshrined in the US Constitution and generally accepted as an inalienable right in most Western democracies, it has become something of a problem child of late – a teenager that is getting in to trouble because of using.

Not using in the Cat Marnell sense, but because of using social media. At the time the US Constitution was written, and at the time democracy in the modern sense of the word became a protected right, free speech was limited to talking to a few – in one location. Now, because of social media, free speech can involve talking to many – millions, in fact – all around the world, at the same time.

And that’s why governments are worried – because they are unable to control it and, as a result, are powerless to prevent the sort of responses we have seen in the last two weeks.

US president Barack Obama made just that point in his address to the United Nations General Assembly overnight. You can see the crux of his speech here:

This sentence is worth repeating: ‘In 2012, at a time when anyone with a cell-phone can spread offensive views around the world with the click of a button, the notion that we can control the flow of information is obsolete.’

And therein lies the irony. The words of individuals – Jesus and Muhammad among them – and have always had the power to change the world. But it took YEARS for those words to attract a significant enough following to become world-changing. Now, though, the words of anyone can gain significant followers in an instant – meaning free speech (and how that speech is interpreted) is, at least in the short term, in danger of doing more harm than good.