The Y2K bug turned out to be a bit of a damp squib, but in 2038 we can expect another tech gremlin that could be far more serious…

With the beauty of over 13 years worth of hindsight, the panic over the Y2K – or the Millennium Bug, as it came to be known by a hyperactive media – can be relegated to the type of survivalist hype that springs up every time a different religious leader predicts the end of the world.

Perhaps it wasn’t surprising, though. After all, even way back at the turn of the century we were worshipping at the altar of technology, so a glitch in the system that could have ended our love affair with computers and gravely alter the way things run possibly deserved such apocalyptic coverage.

With all that hindsight, though, we know that we were ill informed. At the time, because we didn’t know what was going to happen, we assumed the worst – or at least let the media assume it for us. Older and wiser now, we know we wouldn’t make the same mistake again, even though our reliance on all things tech is even greater. 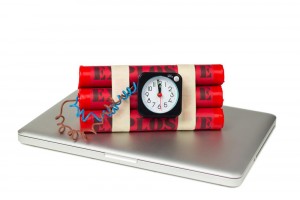 And yet, not to come over all tabloid doomsday, there is actually the threat of a similar problem – one that could yet have the kind of result predicted in 2000 – occurring in 2038. The ‘new’ Millennium Bug, also being dubbed ‘the 2038 problem’, potentially affects computer systems in a far more serious way than Y2K ever could have done.

It’s because many computer systems store time as a finite equation, meaning that the systems read time as the number of seconds that have passed since day dot. Systems that run on a four-byte integer mark ‘the beginning of time’ (i.e. ‘0’) as January 1, 1970. From then, time just keeps on adding. The value of this system is that it allows a computer to keep track not only of the time but also of the time between operations and actions in a simple subtraction equation.

‘Most folks can visualise a car’s odometer in their head, hitting all nines and rolling over to all zeros. It’s not a perfect metaphor, but it often helps people grasp the simpler critical date/time bugs like Y2K.’ he told The Message. ‘I can sum up the year 2038 problem in a simple phrase: “30-year mortgage”. Financial calculations work in bigger time windows nowadays. Big enough time windows that we are stretching the limits of what the operating system (Windows, Linux, Unix, etc.) can keep track of.’ 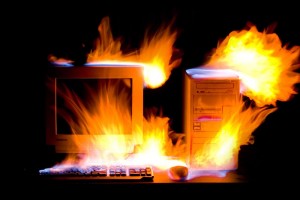 Why the 2038 Problem could be a BIG deal

Porquet explains that when the 2038 deadline is reached, some systems may revert back to dates in the past, as they have no means of moving forward in binary code. The biggest cause for concern, according to Porquet, are big transportation systems, many of which use the format that will be affected by the 2038 problem.

‘I’m not trying to predict doom here, but we need to be aware of this issue,’ he says. ‘I’m concerned in particular about the potential air traffic control software issues, as well as some aircraft navigation systems that rely on older versions of Windows NT. We’ve already seen some side-effects of the year 2038 limitation in modern software like AOLserver.’

Porquet believes the 2038 Problem could be far more serious than Y2K. ‘The Y2K problem was usually quite simple to diagnose and fix, since it mostly affected programs with sloppy or lazy time calculations,’ he says. ‘Most of the operating systems these programs ran on (Windows, Linux, Unix, etc.) were able to keep track of time well past the year 2000, or at least they could be patched to do so.’

Not so for the ‘new’ millennium bug, it seems.

So have we written ourselves a technological cheque we can’t cash? Time, obviously, will tell. But before you collapse under the wait of potential tech meltdown, take comfort in the silver lining that the economy and environment will probably both collapse on us before 2038. And even if they manage to hold out, we’ve still got the year 2012 (and the Mayan myth) and however many more ‘raptures’ Harold Camping manages to predict to get us before 2038 rolls around.

Alternatively, you could head the whole thing off at the pass. Porquet has a checklist of things programmers and systems administrators can do to try and protect their organizations that you can access here.

The Message is brought to you by Tick Yes – providing solutions for all your content marketing needs.